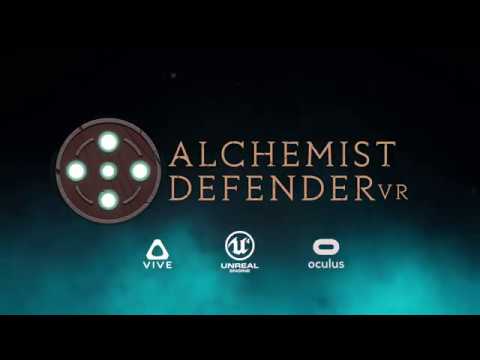 An year ago, Treeview Studios, a young game developer studio in Uruguay was fascinated with the explosion of Virtual Reality games, that technology had finally come to revolutionize the gaming world. So they decided to bring their favorite genre, the Tower Defense, and re-imagine it in that new technology. That’s how Alchemist Defender VR was born, to satisfy the fans of the genre who want to stand their ground and scream “You shall not pass!! “.

In Treeview’s first title, you play as the Master Alchemist who, after years of researching and crafting tools to find the Philosopher’s Stone, just invented a portal to new worlds. The energy of those lands will fuel your final journey to reach the Stone. To your surprise you are confronted by a rebellion in each world you plan to consume. Now in the midst of glory only a final resistance stands between the Alchemist and absolute power. Will you be able to stand your ground and dominate those who resist?