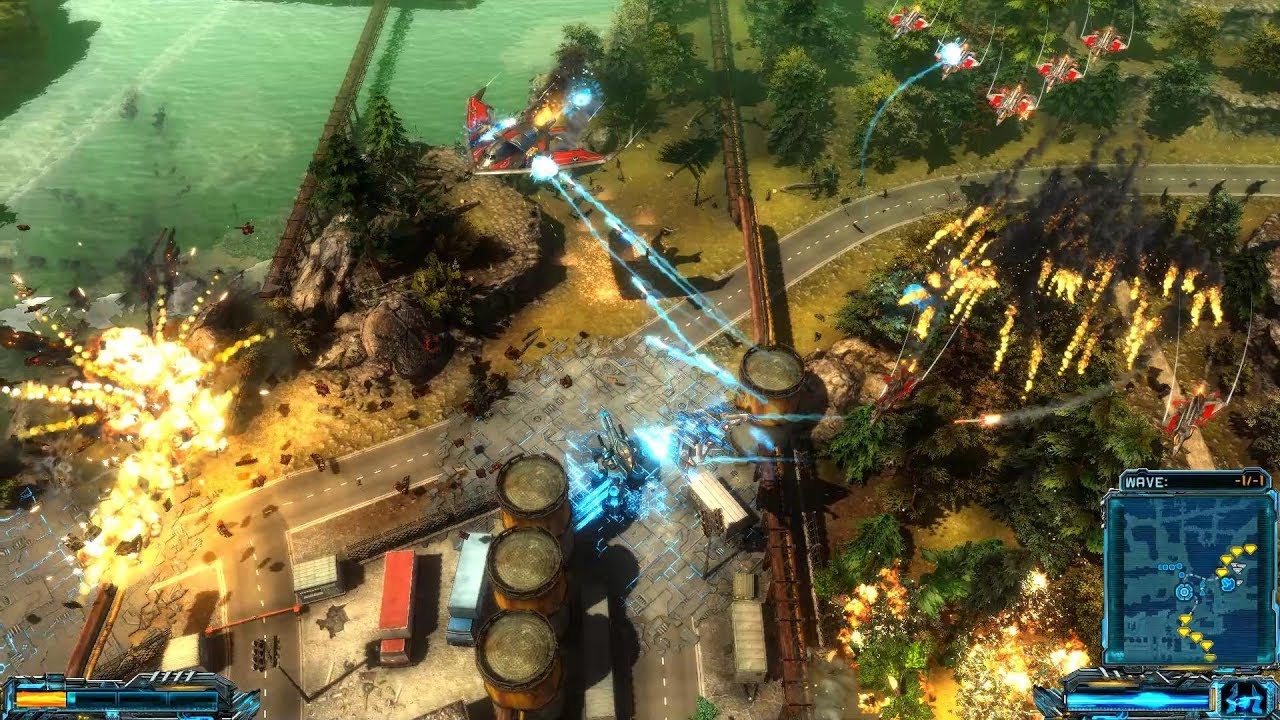 The game also received very positive reviews from Steam users. Here are a few quotes that sum up what players think about X-Morph: Defense (94% Steam User Review Rating):
“Did you ever watch Independence Day and wished that you could be the Aliens, blowing up landmarks with abandon, laying waste to huge swaths of lands in gigantic explosions, and raising creepy looking, sinister structures? Well, now you can.” – Warlord

“This game is like if Michael Bay directed a Tower Defense game, and it’s absolutely glorious. It requires you to constantly rethink your strategy from wave to wave, rewarding you with the joy of overwhelming destruction, and for your crazy maze ideas that let you loop the enemy around the whole map. Visuals are top-notch,” – WindStrike

About X-Morph: Defense:
You are the X-Morph – an alien species that invades Earth to harvest its resources and terraform the surface. Strategize in the build mode by carefully selecting various types of alien towers or throw yourself right into the heat of the battle. Build mazes for incoming enemies in an environment that provides exceptional planning freedom. Tear down buildings and collapse bridges to support your defense or to simply indulge in a spectacle of unprecedented destruction. Possess a range of unique alien weapons and use defense strategies like you’ve never seen before in this genre.

Key Features:
TOWER DEFENSE
– Build your towers anywhere on the map.
– Destroy obstacles, collapse buildings and bridges to change enemy paths.
– Connect towers with laser fences that block enemy movement.
– Smart enemies – there are no predefined enemy paths. Enemies adapt to the changing battlefield and your tower placement, making the challenge a lot more interesting.
– Advanced tower types – different kinds of enemies require different defense strategies. Build advanced towers to counter special enemies.
SHOOTER
– Don’t wait for your enemies – engage them directly with the X-Morph fighter.
– Morph into four distinct fighter forms, each one with a different weapon and special ability.
HUMAN MECHA
– Fight huge, building size, mechanical war machines. Each boss fight is unique and heavily influences the gameplay environment. Entire cities will be destroyed.
SPLIT SCREEN CO-OP
– Fend off the human threat with a friend at your side.
SINGLE PLAYER AND COOP STORY CAMPAIGNS
– take over the Earth by invading locations all around the globe including South Africa, Russia, USA, Japan, China, Britain, Argentina and other countries
– upgrade your towers and abilities throughout the course of the story campaign
– the entire story campaign is available in coop mode
– coop missions include additional enemy waves that create a new gameplay experience
– three difficulty modes
TECHNOLOGY
– X-Morph: Defense is powered by EXOR Studios’ proprietary Schmetterling game engine.
– Dynamic building destruction system. Every building in the game can be destroyed piece by piece. Realistic physics simulation makes every destruction scenario unique.
– PhysX by NVIDIA.

X-Morph: Defense is available on PlayStation4, Xbox One and the Windows PC