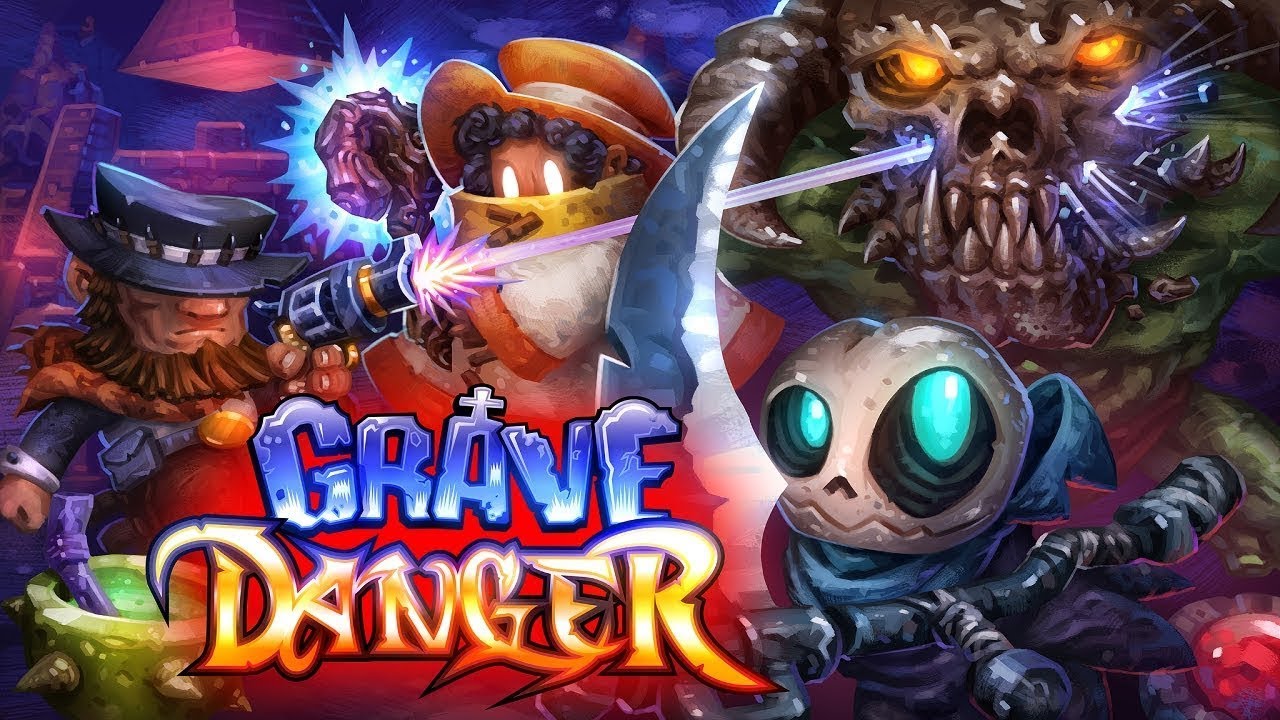 Grave Danger launched their Ultimate Edition with 10 new levels that will include tons of new mechanics including tippy platforms, firewalls, and a rideable robotic bird. Orignal owners of The Grave Danger game, just instantly received an upgrade on steam today. The game is on Steam (Linux, Mac, Windows).

Players will enjoy an action-packed adventure game about an unlikely group of heroes. Switch between Dante the cowboy, Elliot the wizard, and Malice the reaper; use their different abilities to solve puzzles and make their way out of trouble. Will you be able to guide them to victory? Enjoy single player or co-op in order to solve puzzles! Enlist your friends to control all three characters locally, utilizing them to their maximum potential. If you can’t play with a friend or want the completely single player experience, that’s fine too; the game will be completely playable in either mode.

Mentions in the Press
“A few games have taken inspiration from The Lost Vikings over the years, but none so elegantly as Grave Danger.” -Co-Optimus, Jan 2017
“It reminds me a lot of The Lost Vikings in both the way it plays and the genre-mixing, light-hearted attitude it takes.” -PCGamer.com, Dec 2016

The Gameplay Experience
Grave Dangers gameplay is about utilizing each character’s unique abilities to solve puzzles. The player will switch between these characters and master their movements and attacks, guiding our heroes further into the story. Manage your party and keep everyone alive. Nobody likes a dead teammate. Don’t leave your heroes unattended in a dangerous spot or they might get beat up!
Teamwork is essential in Grave Danger. Each character must pull their weight and traverse the world to safety. Dante the cowboy is capable of climbing vertical walls. Malice the reaper can float horizontally across chasms and through narrow and dangerous areas. Elliot the wizard has magical elevation and can jump again once mid-air.

Core features:
– Firewalls
– 30 levels (With update) Full Controller & Big Picture support.
– 3 unique characters all with different attack and jump abilities.
– 3 unique worlds with different enemies for each.
– The 3 worlds feature different kinds of puzzles.
– Player gets a grade at the end of each level prompting them to re-play for a higher grade.
collectibles in every level in the form of wanted posters.
– when a player dies, they return as a ghost and must return to their graveyard (checkpoint) to revive.This allows more mobility giving them the ability to explore in this form.

Ultimate Edition Features:
– 10 new levels for a total of 30 levels.
– UI Overhaul on level selection screen
– Turrets that fire purple projectiles that harm characters.
– Turrets that fire green projectiles that players can use as a bounce pad.
– Platforms that rotate depending on which end the player stands.
– A rideable bird that jumps and can run over spikes and other hazards