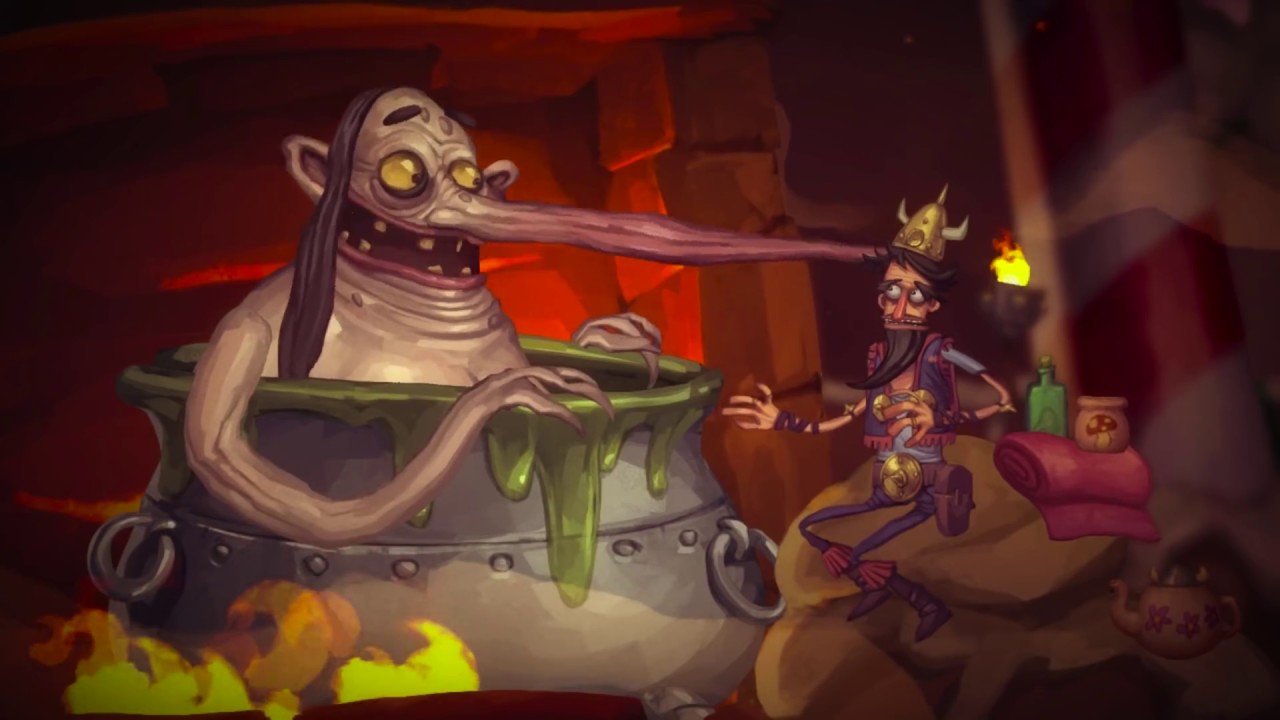 Zombie Vikings has now launched on Xbox One! Grab some friends, pizza, beer and a copy of the game and embark on a dead-funny adventure! Just send us an email if you need a review code! More info about the game follows here.

Zombie Vikings Xbox One
From the creators of indie smash hit Stick It to The Man! comes a new one to four-player co-op stab-you-in-the-gut-a-thon. Embark on a dead funny adventure with the Zombie Vikings. A putrid posse sent on a mission through the most epic of worlds to retrieve Odin’s lost eye.