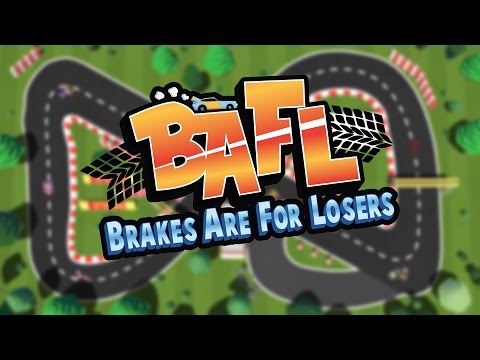 Oudidon, indie game studio based in Montpellier, France and The Sidekicks, Game Label, are thrilled to announce BAFL: Brakes Are For Losers.

BAFL is a tribute to Old School Arcade Racing Games such as Super Sprint or Indy Heat with a Top-Down view and no-scrolling. It offers challenging solo and multiplayer up to 8 players on a single screen. And No Brakes!

The game is planned for release on Q2 2017 on PC and Consoles.