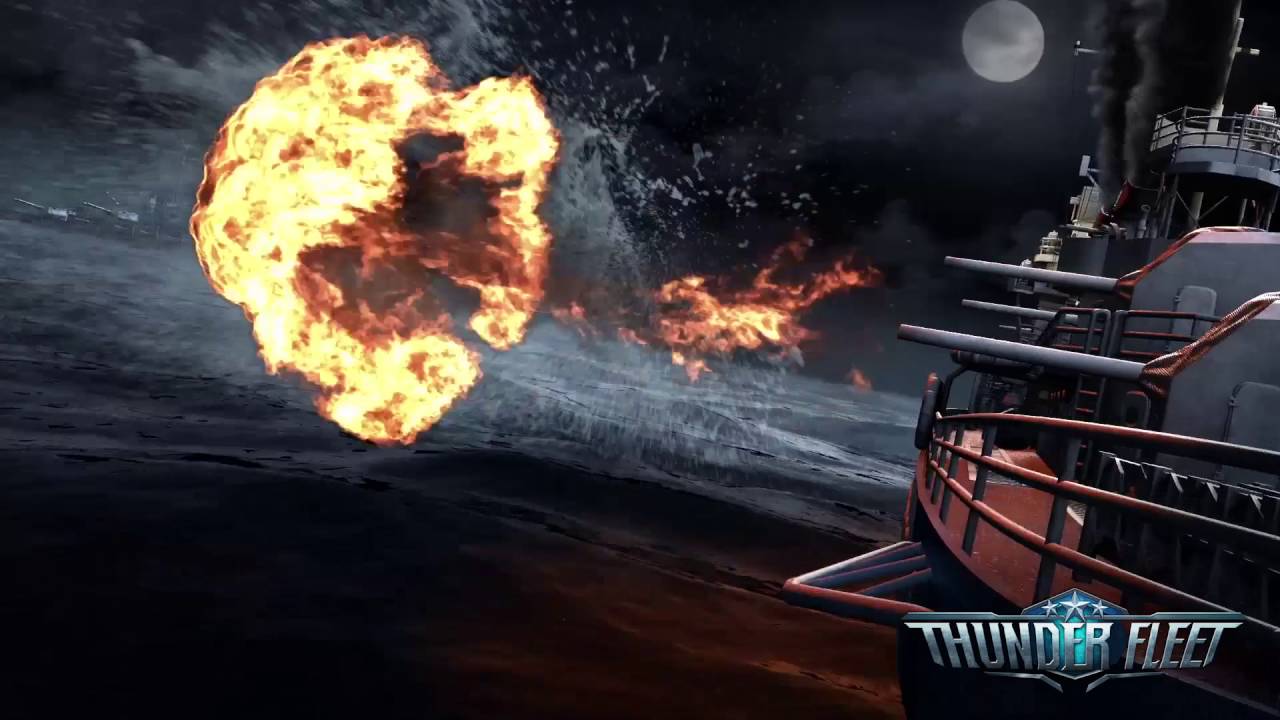 Thunder Fleet is a multiplayer, real-time historically-themed World War II mobile game that combines third-person shooter-style PvP action with strategy game elements and is targeted at hardcore military game fans. Thunder Fleet is currently undergoing localization and will be available in the near future through the Apple App Store and Google Play for iOS and Android devices.

Kingnet Technology is one of the most successful game developers and publishers in Asia. In 2015, the company ranked as the top grossing publisher on the Apple App Store in China, as well as the top grossing publisher for both iOS and Android in Korea, Taiwan, Vietnam, and Thailand. Kingnet also has the distinction of being the first game publisher in China to successfully bring a popular IP from another platform (the PC online adventure, MU Online, created in 2001) and turn it into a massive mobile hit – MU Miracle, a worldwide top 10 revenue-generating title.

Engage in historical sea battles as the captain of World War II-era warships! Players in Thunder Fleet can command, collect, and customize over 80 authentic WWII naval vessels from across four ship classes, including aircraft carriers. The game’s meticulously modeled 3D ships are highly accurate recreations of real-life naval vessels from seven nations. While upgrading the fighting and performance capabilities of ships is a major component of gameplay, modifications and upgrades will be in strict compliance with historical accuracy.

Optimized for mobile play, players control ships with simple on-screen taps and swipes as they attempt to maneuver, target, and lay fire upon enemy sea craft while contending with environmental conditions and fighting the effects of battle damage. Weather elements like storms, for example, would require players to adjust their aim to compensate for the influence of wind on their firing accuracy, while damage from a deadly salvo of enemy rounds might require immediate repair and fire-fighting attention.

Thunder Fleet commanders can engage in PvE combat, which include six major historical battles, or in real-time 6-on-6 PvP matches. Band together with friends or ally with random players to form teams and enter the game’s fierce online fray. Communication, cooperation, and team coordination are the keys to naval dominance and victory!