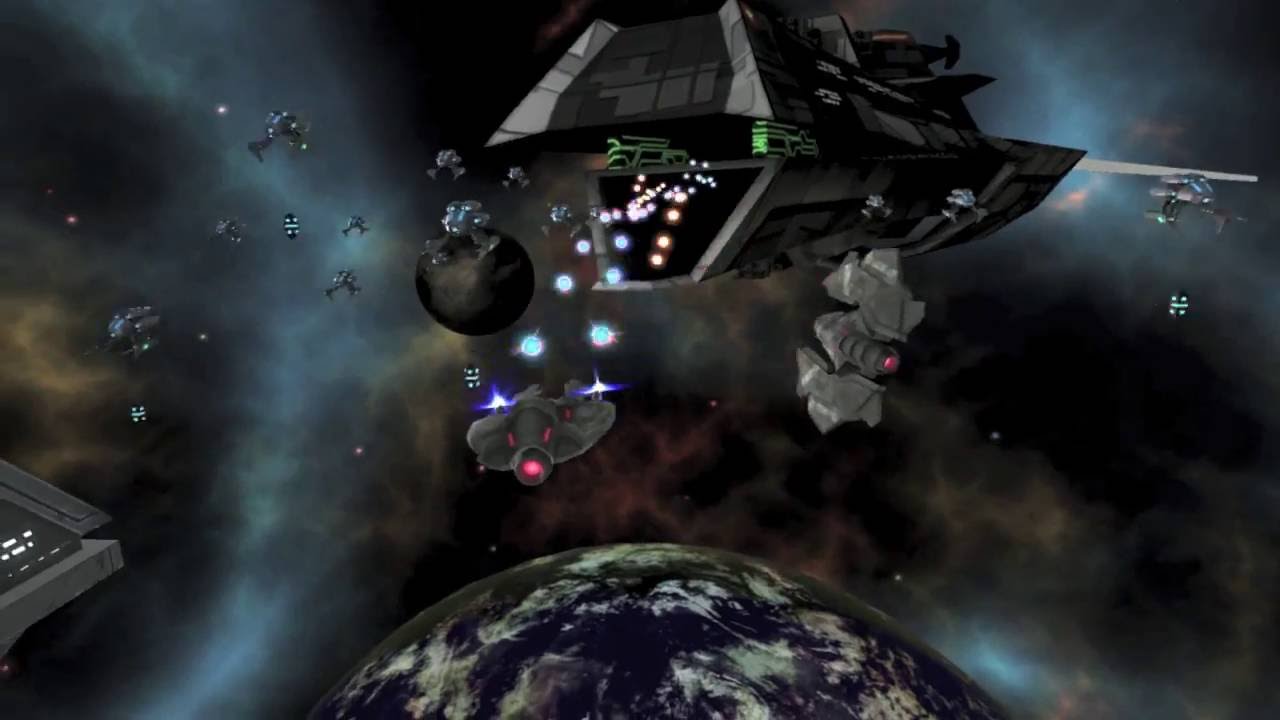 Sick of the VR hype? Not sick of it at all? Never heard of VR, but Googling it right now to see what we’re talking about? This game is definitely for you!

Final Fleet, the latest offering from Jake and Matt Lewandowski, aka Team2Bit aka the Lewandowski Brothers aka Team Fist Puncher aka Lewandowski Digital, LLC, has launched on Steam as an early access title.

“Final Fleet is a dual-weilding, room scale VR space shooter, where you build a fleet and protect it from overwhelming odds.  We made an arcade game at its core, daily leaderboards and all.  It feels like something you would walk up to and pump quarters into.  But the extra depth comes from how the player configures their fleet and the fact that each run is unique”, according to Jake.

“We got the (HTC) Vive, set it up in a small room in our office, and gave it a try. That was May, and we’ve hardly left the room yet.  Smells super bad in here now, but it’s been pretty much non-stop development on Final Fleet ever since”, adds Matt.

Final Fleet is feature complete and fully playable now, but gamers can expect more content to be added throughout the early access period.

“We’re in early access because we need to leverage the greater Vive community on Steam to really get the game polished.  Testing and balancing are hard with an inchoate technology.  We need more players!”, says Jake.