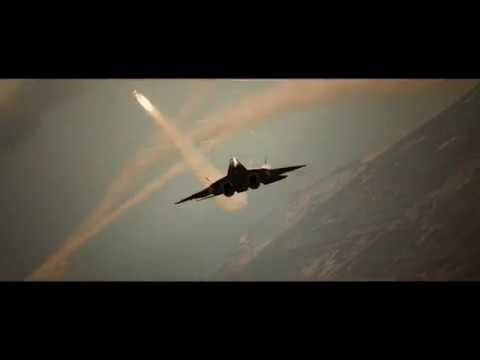 BANDAI NAMCO Entertainment Europe announced the release of ACE COMBAT® 7: SKIES UNKNOWN for PlayStation®4 and Xbox One, putting players in control of the most advanced war planes ever created.

Across the emotive Campaign Mode, players will experience ariel battles bursting with graphical power and dive into a world-wide conflict, where the lines between who is right and wrong will be blurred at best.

In Multiplayer mode, budding pilots can take to the skies in intense 8-player free for all dogfights or Team Deathmatch mode. From cold, strategic aces to daring, genius pilots, each player will be able to customize their favorite aircraft with more than 100 different enhanced parts, in order to perfectly match their needs.

PlayStation 4 system players will be able to play a full campaign on the standard mode and an exclusive and dedicated experience with specific missions developed for the Sony PlayStation®VR.

Putting gamers in the cockpit of the most advanced war planes ever developed, ACE COMBAT 7 delivers the ﬁercest air combat experience ever created through photorealistic visuals, intense dog-ﬁghting action, a multitude of authentic and futuristic aircraft to ﬂy, an immersive storyline, and even virtual reality!

Leveraging the power of the newest generation gaming consoles, ACE COMBAT 7 will blow players away with the evolution of its graphics engine. Beautifully rendered cloud-ﬁlled skies and highly detailed cityscapes enhance the sense of unparalleled speed and set the stage for the most engaging aerial battles in the franchise’s storied 20 year history. ACE COMBAT 7 will provide an arsenal of ultra-modern super weapons and formidable enemies that the series is known for.