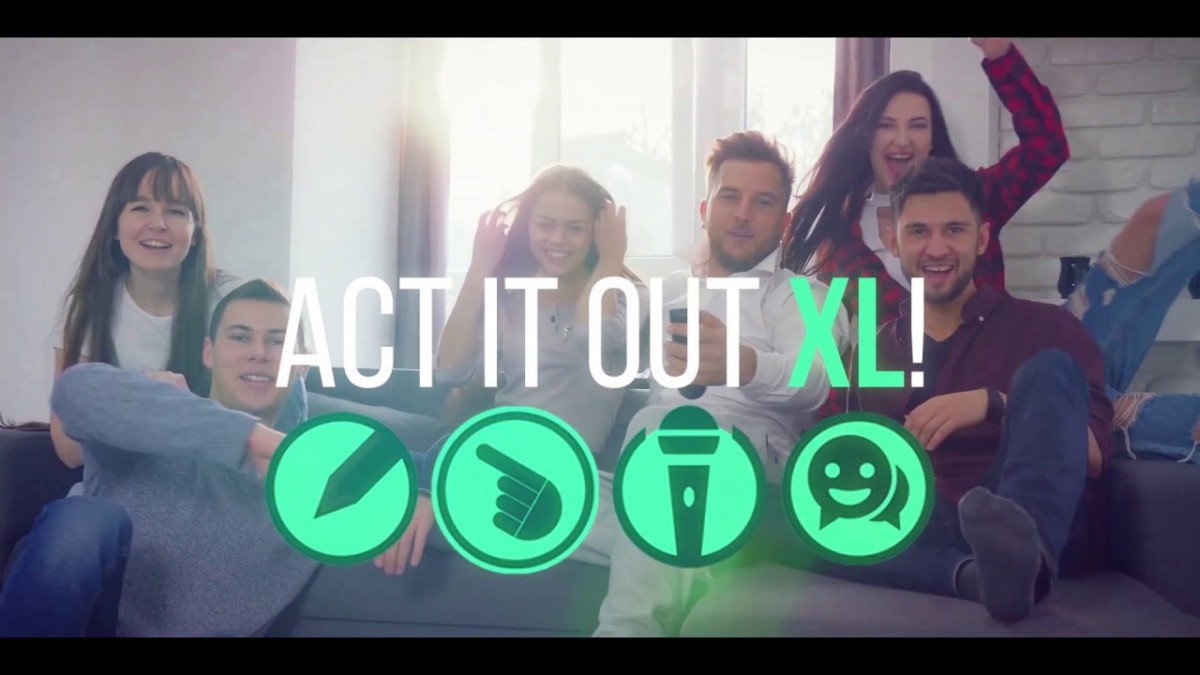 Snap Finger Click, a studio comprised of former Buzz! quiz developers, has announced that party game ACT IT OUT XL! is making its way to PlayStation 4 and Nintendo Switch. The PlayStation 4 version will also include the award-winning Live Show game mode for broadcasting on Twitch and YouTube.

The original ACT IT OUT! was released three years ago on PlayStation 4 and Wii U. At the time, gaming website IGN said: “Act It Out! is a great party game, suitable for large groups of people and almost all situations”.

There is double the content of the original game with over 3,000 phrases spanning across TV, movies, video games, and more, all updated for 2019. As well as the carefully curated in-game content, players can invent their own phrases making this a great title for any audience. The game supports 2 to 8 players in the living room. The Live Show game mode lets up to a million viewers play the game with a streamer on Twitch and YouTube.

Live Show, which is included in ACT IT OUT XL! on PlayStation 4, won the Innovation Award at the 2018 DevelopHER Awards. Using Snap Finger Click’s Live Show technology, the streamer chooses a phrase in secret, hidden from their viewers. During the round, the game knows exactly what the viewers are typing and whether they’re right or wrong. The best viewers make it to the in-game leaderboards. A great way to engage with communities on streaming platforms, Live Show is an entertaining and hilarious game mode.

Snap Finger Click is very passionate about party games and understands the frustration when something isn’t tailored to the audience, such as British players receiving content aimed at American users. ACT IT OUT XL! doesn’t have this problem as all the content has been carefully chosen to match the local knowledge in all languages. In addition to English (separated for UK, USA and International audiences), French, German, Spanish (for Spain and Latin America), Italian, Portuguese (for Portugal and Brazil), and Dutch, ACT IT OUT XL! also adds Polish as a new language to play in.

The game will be released within the next couple of months.