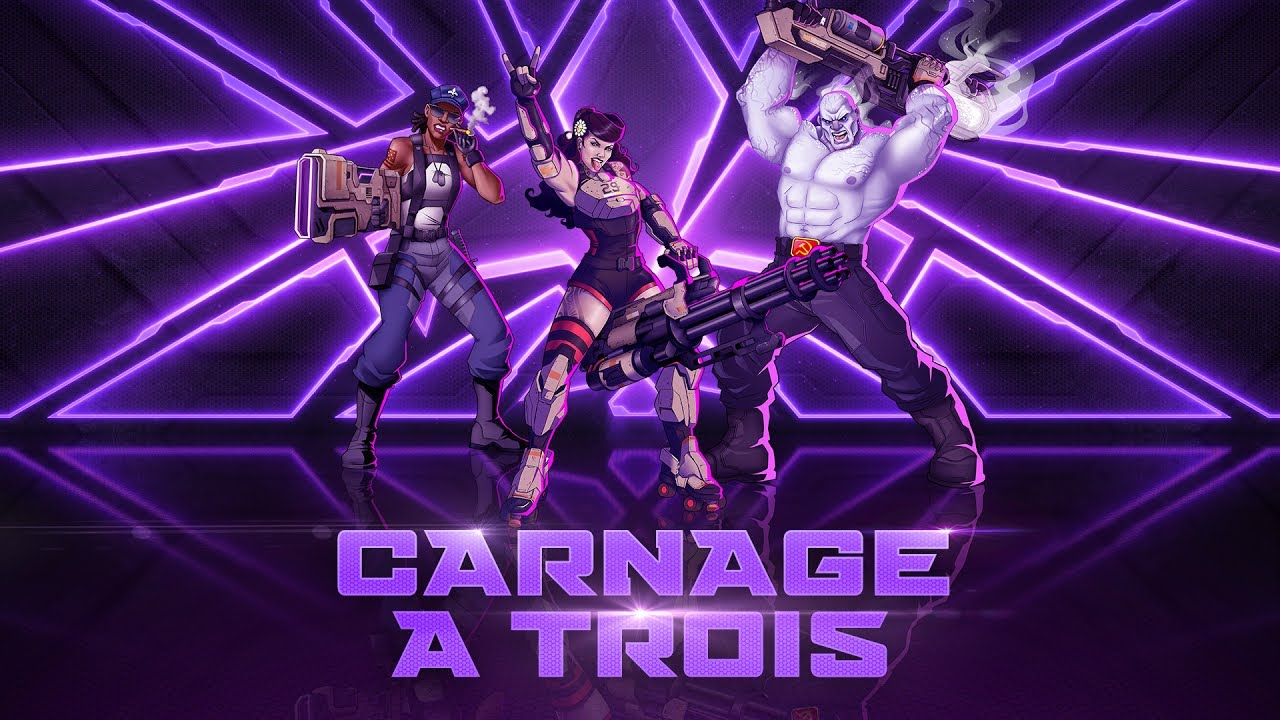 Ex US Army Drill Sergeant and master tactician Braddock comes from a long line of military lifers. Nobody knows the LEGION grunts better than Braddock – she trained most of them before they were recruited by LEGION. This discovery led Braddock to leave her beloved Corps and join MAYHEM where she uses her trademark cigar to mark the target for laser attacks that obliterate her enemies. Next up is Yeti, an elite Russian soldier who took part in a super-secret “cold-warrior” program designed to create super soldiers to fight the threat of LEGION. Most were driven mad, Yeti survived, escaped and joined MAYHEM. Saints Row fans will recognize Yeti’s stature and intelligence, he was formerly Oleg.

Our final Carnage A Trois member is everyone’s favorite roller derby girl, Daisy. Bold and brash with no filter, Daisy is one of the best heavy weapons experts around. Daisy is a tough anchor for any squad, with quick movements thanks to her derby moves and powered skates she uses her massive minigun to spray the battlefield killing everything in sight.

Welcome the Carnage A Trois, Sadistic, Brutal and completely destructive.

About teleportation:
With the teleport technology capability of MAYHEM, agents in your squad are able to instantly teleport into and out of combat. This allows on-the-fly swapping of agents in the field, allowing one to heal while another takes their place, or allowing the best agent for a particular fight or task in your squad of three to replace the currently active one.

Agents of Mayhem is a single-player, open-world, third-person action game for the PS4, Xbox One, and PC gaming systems releasing on August 15, 2017 in USA / August 18th in all other territories.