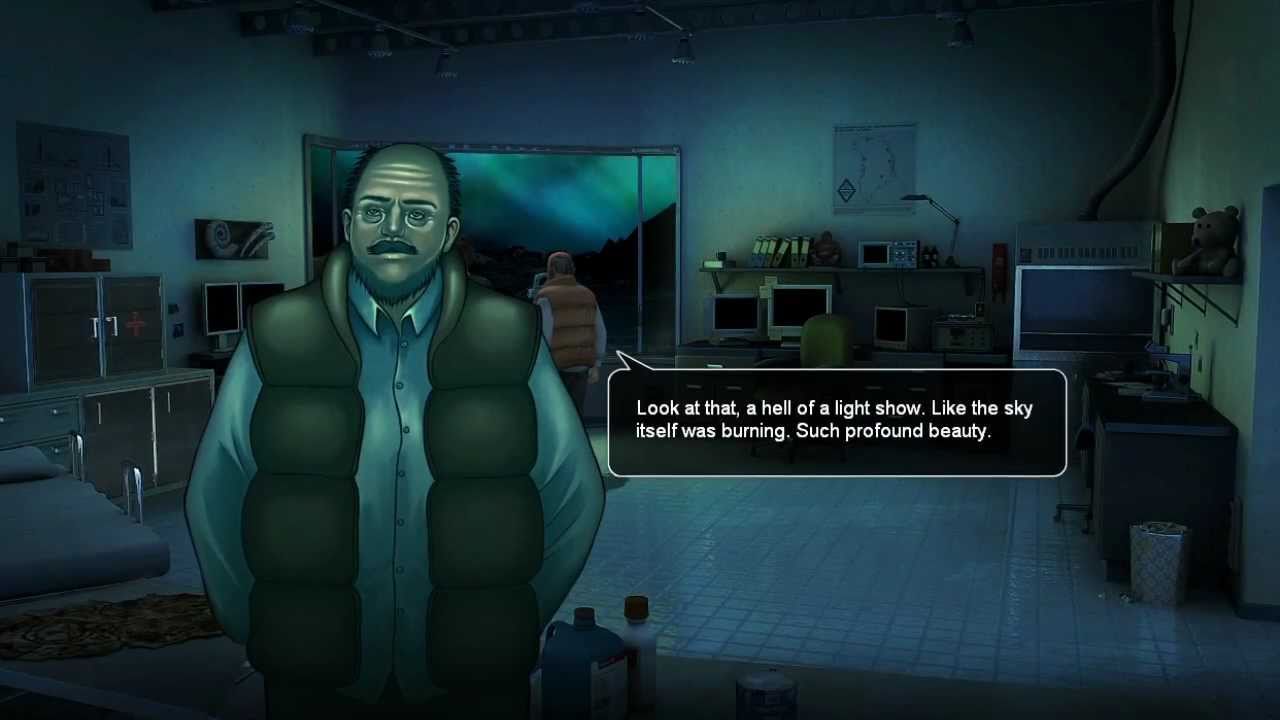 In the midst of the snowfields of Greenland lies Alpha Polaris, an American oil research station. High above, the ion storm of the century is gathering, bringing about a strange intermixing of reality and night terrors…

Alpha Polaris was developed by Turmoil Games, an indie game studio situated in Finnish Lapland, making the game an authentic Arctic production. Developed during two long and dark Finnish winters, the inspiration for the game was drawn from such sources as inuit legends, Cthulhu mythos and the very real blight polar bears face today. However, the narrative of Alpha Polaris is character-driven:

“The heart of the game is its restrained horror setting. It allows us to explore a wide range of human themes in a realistic way: paranoia, isolation, friendship, love and so on. To us, that is the core of a good horror adventure.” says project leader Teemu Vilén.

“In the meantime, if you’re jonesing for some adventuring, this is the most fun I’ve had in the traditional wing of the genre in a long time.”
Rock, Paper, Shotgun

“…despite being in a niche genre, Alpha Polaris is my pick for the best horror game of 2011 so far, largely due to the story, voice acting and ambience.”
DiehardGameFan