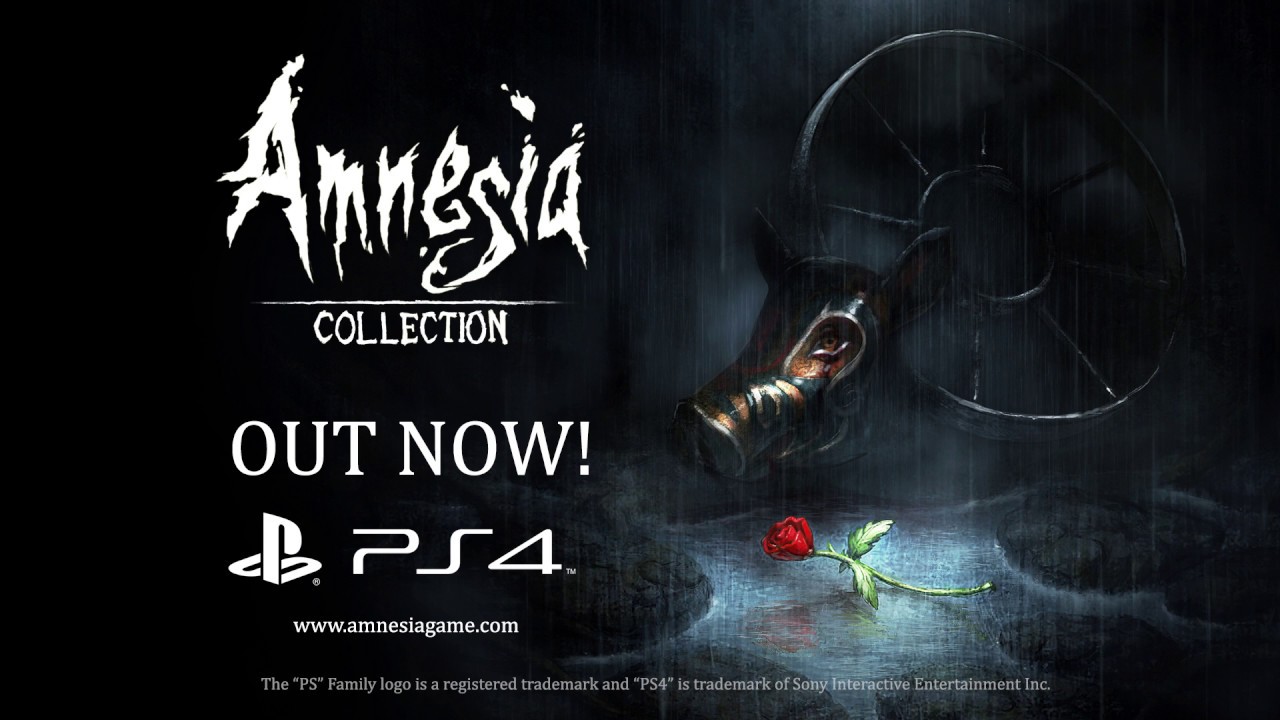 From the creators of SOMA, the Amnesia Collection is available now via the PlayStation Store, bringing Amnesia: The Dark Descent, the Justine expansion, and Amnesia: A Machine for Pigs for the first time to PS4.

Six years ago, Frictional Games played no small role in altering the course of horror gaming with the release of Amnesia: The Dark Descent. Rejecting the trend toward gunplay and frivolous jump-scares, the Amnesia series toyed with its players, scratching, prodding, and peeling away their securities until even their own imaginations betrayed them.

Reflecting on what the series has meant to them, studio co-founder Thomas Grip says:
“Amnesia was quite a defining moment for the studio, both financially and artistically. The game’s success gave us economic stability, and meant that we could focus on making games instead of constantly worrying about finances. It also made us realize the importance of having a clear vision. I think the major reason why Amnesia hit home was because we honed in on a few core aspects and tried to take them as far as possible. Since then it has become a key philosophy for the studio.”

Amnesia Collection is available now on PS4 via the PlayStation Store for $29.99 (USD).