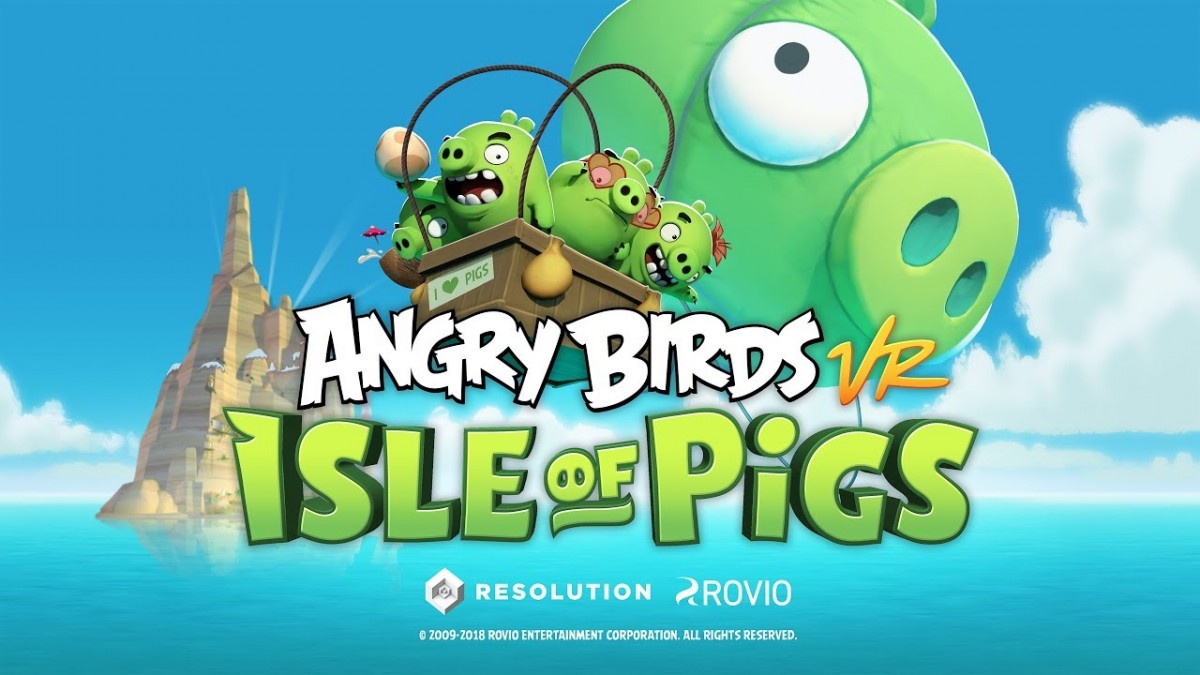 Get ready for take off.  Resolution Games and Rovio Entertainment (ROVIO) announced the launch of the new virtual reality (VR) game Angry Birds VR: Isle of Pigs for Oculus Rift and HTC Vive.

Angry Birds VR: Isle of Pigs is the first time Angry Birds fans can slingshot the likes of Red, Chuck, Bomb and the Blues within the fully immersive environment of VR. Initially launching with more than 50 levels of gameplay, fans of the incredibly popular franchise travel around a remote island where the infamous green pigs often vacation. Players bombard the island’s exotic beaches, steep cliffs, snowy slopes and party city to take on the green pigs, destroy their structures and retrieve the stolen eggs. The levels can be approached from different angles for the best accuracy, while players leverage classic gameplay elements to progress or strive for three stars on all rounds.