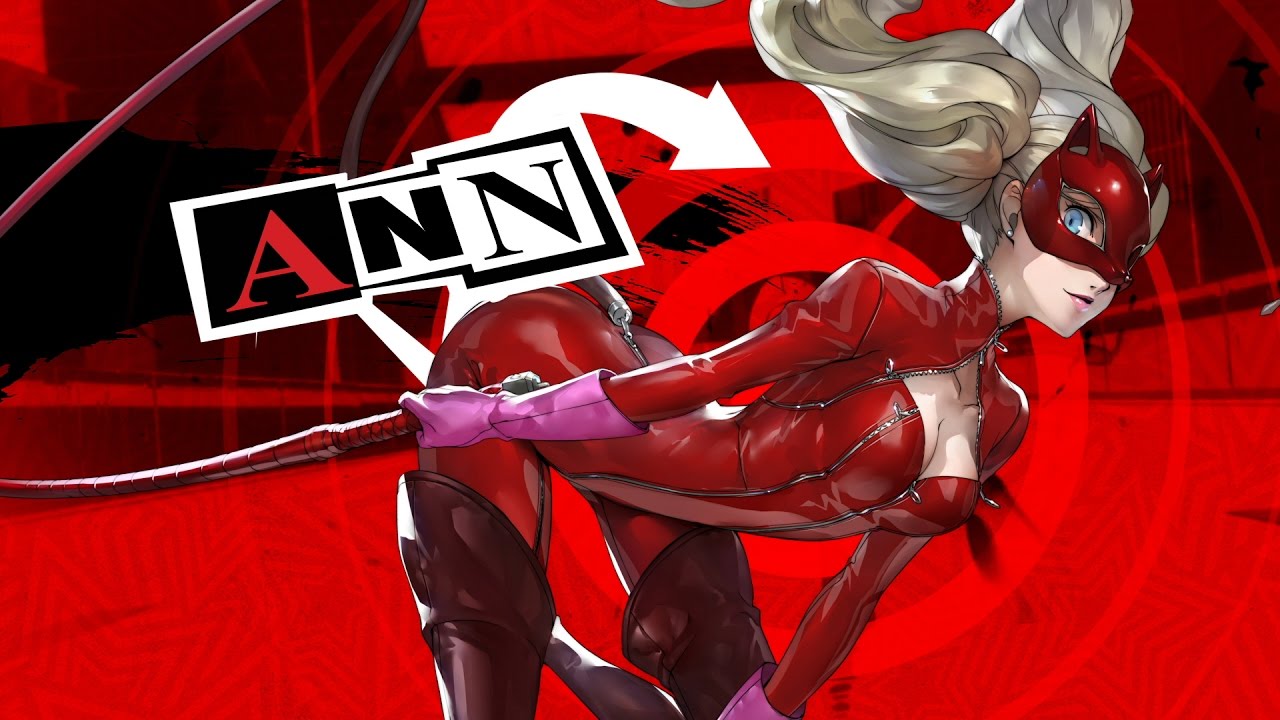 Being the centre of school gossip is a quick way to make anyone feel like an outcast, and Persona 5’s Ann Takamaki gets the full brunt of that. Ann is a beautiful girl plagued by unjust rumours from her peers on a daily basis. But despite the Scarlett Letter treatment, Ann cares deeply about her friends…which is why she’s so eager to pick up the mask and join the Phantom Thieves. Well, that and also to spite the rumours about her and the “excessively friendly” gym teacher at Shujin Academy. And while the Phantom Thieves won’t be done with just one lecherous gym teacher, Ann winds up being the closest thing to the group’s moral compass. Plus, she’s just a total badass that you’d want watching your back in a fight.

Watch Ann let her rebellious side loose in the trailer below!

We interviewed voice actor Erika Harlacher to talk about her experience playing Ann in Persona 5 below!

Persona 5 is a game about the internal and external conflicts of a group of troubled youth who live dual lives. They have the typically ordinary day-to-day of a Tokyo high-schooler – attending class, after school activities and part-time jobs. But they also undertake fantastical adventures by using otherworldly powers to enter the hearts of people. Their power comes from the Persona, the Jungian concept of the “self;” the game’s heroes realize that society forces people to wear masks to protect their inner vulnerabilities, and by literally ripping off their protective mask and confronting their inner selves do the heroes awaken their inner power, and use it to strive to help those in need. Ultimately, the group of Phantom Thieves seeks to change their day-to-day world to match their perception and see through the masks modern-day society wears.
“Persona 5 will release on Feb. 14 in the Americas and Europe, for PlayStation 4 and PlayStation 3. Pre-orders are now available at participating retailers for either version of the game.

PS4 SteelBook Launch Edition – PlayStation 4 only (€69.99, £54.99)
Available only to PS4 pre-orders and a limited number of day-one purchases while supplies last
·         SteelBook Edition: The PS4 version will come specially packaged in a metal game case, emblazoned with Persona 5 designs

Take Your Heart Premium Collector’s Edition – PlayStation 4 only (€89.99/£79.99)
The definitive collector’s edition of Persona 5 is exclusive to the PS4 version of the game and includes the following:
·         Soundtrack: A selection of music from Persona 5 by legendary series composer, Shoji Meguro, in a CD sleeve featuring P5 artwork.
·         4” / 10 cm plush keychain: Morgana the Phantom Thieves’ cat is not just the mascot of the Phantom Thieves, but also a member – and also not just a cat! The premium edition includes an exclusive 4”/10 cm plush of Morgana.
·         64-page hardcover art book: This art book is full of concept sketches, character art, and more by character designer Shigenori Soejima.
·         SteelBook game case: As strong as a vault, the game disc for the PS4 will come specially packaged in a metal game case, emblazoned with Persona 5 designs.
·         School bag: Designed after the traditional school bags in Japan, the exclusive replica bag comes complete with the Shujin Academy crest.
·         Collectible outer box: Easily the largest premium edition in ATLUS’ history, the entirety of the “Take Your Heart” Premium Edition comes in a colossal collectible box.