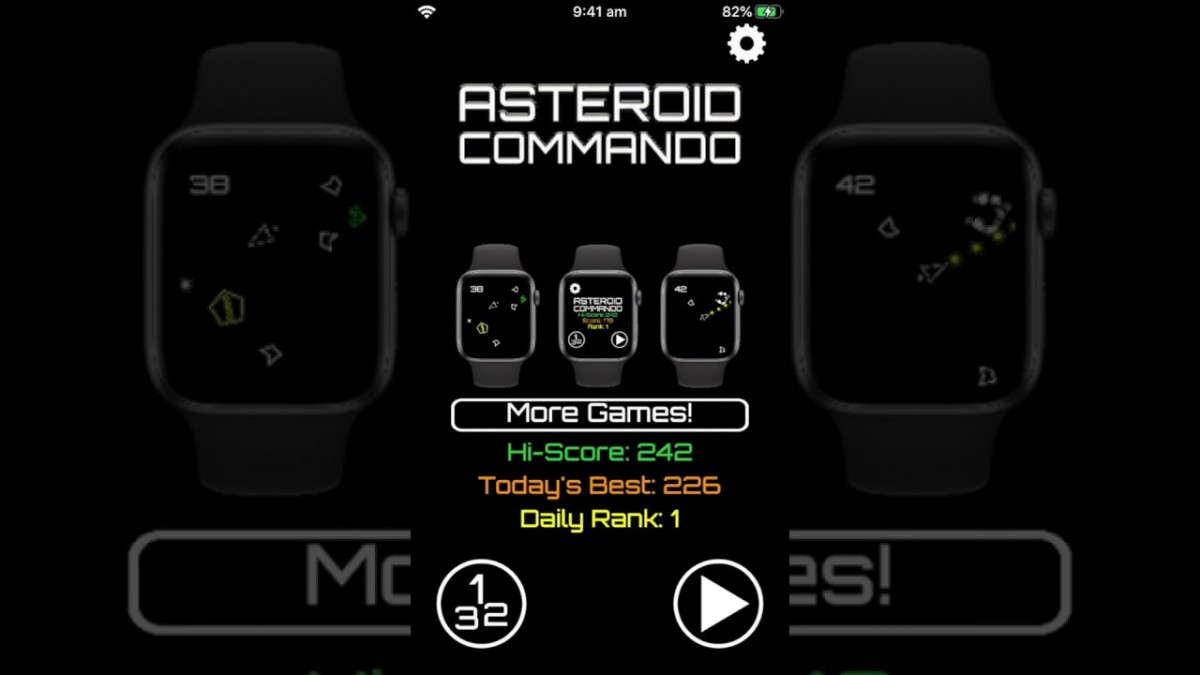 Asteroid Commando was inspired by Asteroids, the king of the vector graphics arcade games of the eighties. Redesigned for the Apple Watch, Asteroid Commando is perfect for playing on your wrist anytime, anywhere.
John Passfield, the games creator said, “I really enjoyed pushing myself with this new game and capturing the vector graphics feel of the classic arcade games. Being able to play this game on your Watch is kind of mind blowing.”

Asteroid Commando is available exclusively on the App Store for Apple Watch and iPhone.