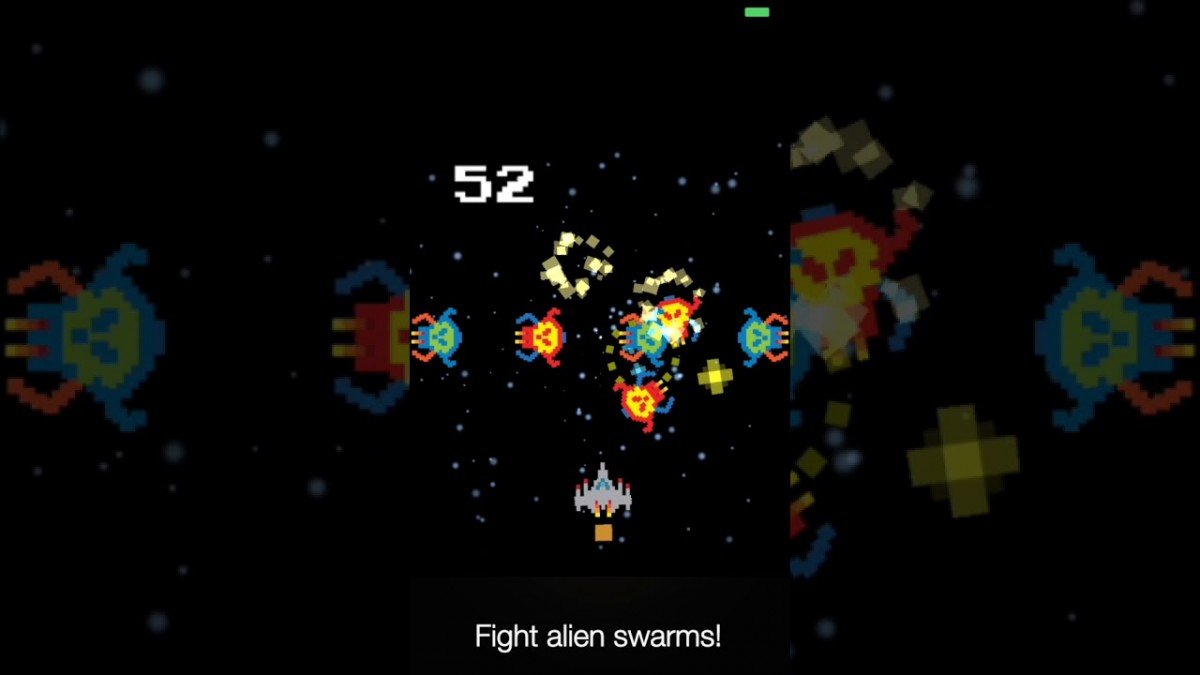 Independent game developer John Passfield has released Kepler Attack, a retro arcade game made for the Apple Watch and iPhone.

Kepler Attack has the player flying through space as they destroy waves of alien invaders from Kepler-452b.

Initially developed for the Apple Watch, but also playable on the iPhone, Kepler Attack is one of the first great Apple Watch games. Here are some of the things critics have said:

“I’m just amazed that this is on my Watch.” – Tom, host of The Apple WatchCast Podcast

“I think this is actually my personal favorite new game now on the Apple Watch because of its really fast pacing which is perfect for these types of games.” – HotshotTek, 10 Awesome Apple Watch Games Apps of 2019

John joined forces with visual effects and comic artists Pete Mullins to create the classic retro look of Kepler Attack. The result is a game that looks as much at home on an iPhone and Apple Watch as it does in an arcade.

Kepler Attack is available exclusively on the App Store for Apple Watch and iPhone.

• Intuitive and simple controls using the Crown on the Watch!

• Swipe to move on the iPhone!

• Short burst gameplay is perfect for the Watch and iPhone!

• Daily rank to see how you compare to the rest of the world!

• Retro sound effects on the iPhone!