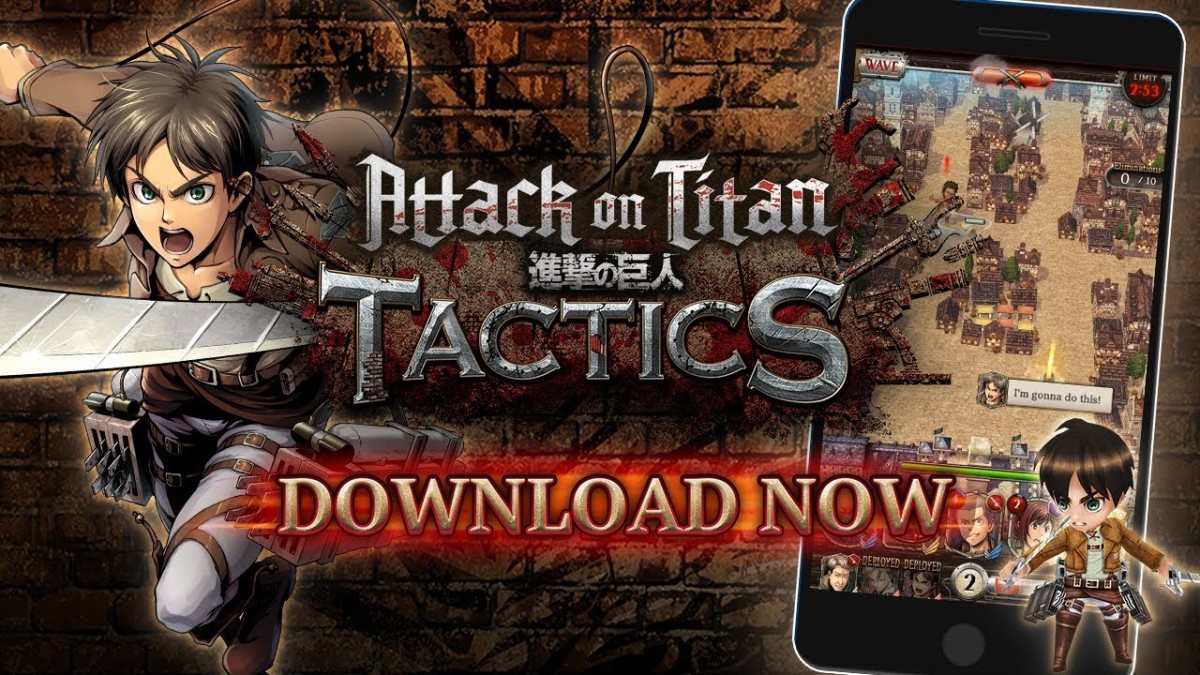 DeNA Co., Ltd. launched Attack on Titan TACTICS, an officially licensed mobile game based on the popular anime series Attack on Titan. The game is now available for download on iOS and Android devices in the US, Canada, and Australia:

Attack on Titan TACTICS is a tower defense and real-time strategy game where players build and deploy an elite team of Scouts to defend their base from a relentless onslaught of Titans. The game features fan-favorite characters like Eren Jaeger, Mikasa Ackermann, Captain Levi, and more, and follows the story from the first season of the Attack on Titan anime series.

Additional features that players will be able to enjoy in the game include:

In celebration of the launch of Attack on Titan TACTICS, special in-game events and rewards will also be available for a limited time. The Levi Squad Gacha, available now through October 3, 10:59 PM PDT (details are subject to change without notice) will provide players with a chance to obtain a 5★ recruit from the Levi Squad (Captain Levi, Scout Regiment Petra Rall, Levi Squad Oruo Bozad, or Levi Squad Eld Gin). More details on this event are available in the in-game gacha menu.

All players will also receive an in-game reward of 300 Crystals (good enough for 10 attempts to recruit new troops to your team) as a reward for reaching the goal of 70,000 total pre-registered players prior to the game’s launch. All players who download the game from now through October 17, 7:59 AM PDT (details are subject to change without notice) will receive this reward.

Attack on Titan TACTICS is a free-to-start game with in-app purchases on compatible Android and iOS devices.