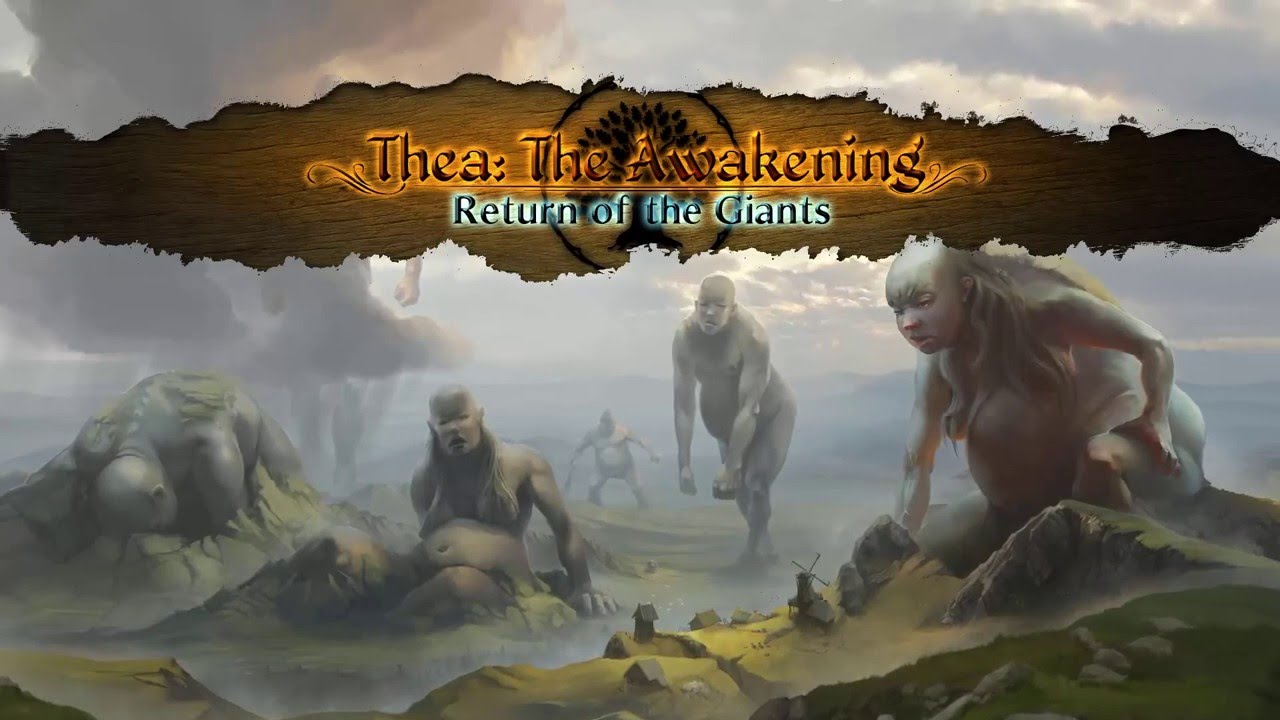 Indie studio MuHa Games is pleased to announce the release of a huge expansion for their successful strategy game, Thea: The Awakening. Return of the Giants DLC adds a new storyline, an Event Editor, localised language versions and more. The developer also shares interesting production and sales details.

The expansion is being released as a free DLC for all players who own Thea: The Awakening.

Thea: The Awakening is a dark fantasy strategic survival game steeped in Slavic myth and monstrosity after an apocalyptic force called The Darkness stroke. The game combines turn-based gameplay, with the tension and grit of a roguelike survival, captivating nonlinear story you can uncover through a series of in-game events and a unique combat based on a complex card battle game.

Return of the Giants DLC adds a new storyline to the game with new powerful creatures and ancient Giants being awakened and wreaking havoc in an already turmoiled world. Players will have to face these new challenges and to help them in their mission, MuHa adds new buildings, weapons and more to the game.

The expansion is a result of five months of game tweaking and community feedback, since many of the features were requested by the players themselves. One of them is a comprehensive Event Editor which allows players to create their own missions and storylines and adding them into the game’s procedurally generated world.

Among many other technical features there are new artworks, full English voiceover for hundreds of in-game events and four localised versions. The game is now playable in German, French, Polish and Russian. Each translation consists of as many as 250 000 words which equals 2200 pages of text!

Together with Return of the Giants DLC release, DRM-free boxed edition of the game called Thea: The Awakening Gold Edition is being released by IMGN.PRO in the UK, Germany, France and Poland with more countries coming soon.

Thea: The Awakening and its free Return of the Giants DLC are now available on Steam

About This Game
Thea: The Awakening is a turn-based strategic survival game steeped in Slavic myth and monstrosity set after an apocalyptic force known only as The Darkness has engulfed the world. There are Strigas and Baba Yagas aplenty, but there are no heroes, no monster slayers, and no great armies capable of banishing them. You have only a few hopeless and starving survivors who are desperately trying to stay alive. You are their last and only true hope!

The game combines turn-based strategic gameplay with the tension and grit of a rogue-like, a captivating story you can uncover through a series of in-game events, and a unique combat system based on a complex card battle game.

The wide range of gameplay features allows you to proceed through the world of Thea the way you prefer. You can choose to stay in your village and build up defenses, or you can go out and explore the world. Conflicts can be resolved through assassination, stealth, diplomacy, hunting, and various other ways depending on the skills your people possess. Fighting is not your only solution to conflict!

Choose your game style and save your people from the Darkness!

◾Survival game in a dark fantasy setting with hexagonal turn-based strategic gameplay!
◾Huge procedural world to explore – each play-through is a new adventure!
◾Village management with a variety of structures to build, upgrades and technologies to discover, and items to craft!
◾Over 4400 items that you can craft in your village or gather in the game’s world!
◾Expeditions in which each member carries his or her gear and gains experience in battle, improving abilities like collecting resources, diplomacy, healing, black magic, and dozens more!
◾Over 200 non-linear story events that can grant you riches or deprive you of all your goods including life!
◾Exciting card battle game system that can be resolved by combat, diplomacy, curses, and more!
◾Over 100 types of deadly creatures, many inspired by Slavic Mythology!
◾Procedural creature instances – Each creature, even in a swarm of spiders, has its own skills and stats!
◾Day & night cycle influence gameplay – Villagers can better recognize threats from afar during the day, and creatures become more aggressive at night!
◾Multiple game endings depending on your choices with rewards and unlocks carrying over to your next play-through!