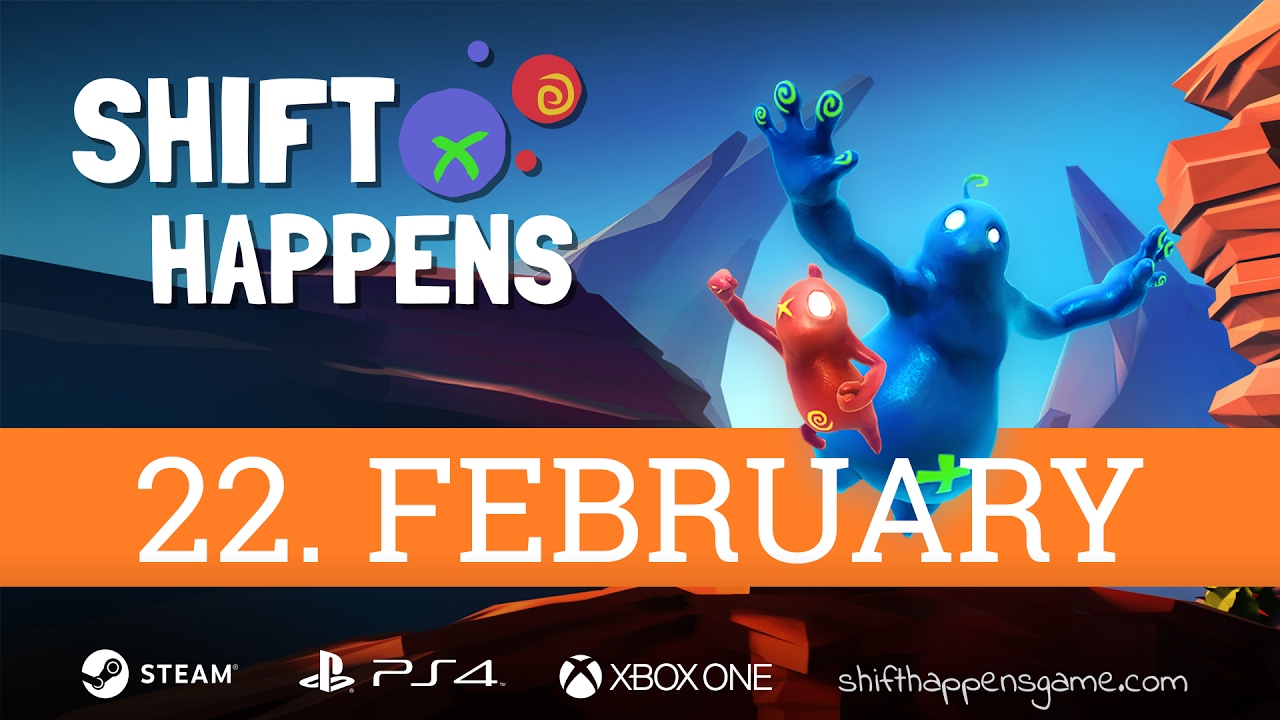 The award-winning puzzle platformer Shift Happens has wobbled its way onto Steam and the Xbox Store! Published by Deck13 and developed by Klonk Games, Shift Happens – best played with a friend or significant other – offers players a hearty challenge through 40 levels and four unique worlds filled with traps and puzzles.

Take control of Bismo and Plom, two jelly blob creatures that were joined together in a freak accident. The duo must use their newly-acquired power – the ability to exchange their size and skills seemingly at will – to survive a strange laboratory, overgrown green forests, dry canyons filled with deadly winds, and bitter cold caves. “Teamwork” is the name of the game: When shifting, both characters change sizes simultaneously in a symbiotic relationship. The bigger blob gets smaller – and the smaller blob gets bigger.

You and your partner can earn coins and other collectibles in every level. However, instead of sharing the wealth, it’s possible to “accidentally” cause each other to die – turning your hard-earned coins into a neat little package that’s up for grabs. Will you trust one another and work together – or will you fight for every scrap?

“With Shift Happens, we wanted to recreate our childhood memories of sitting on the couch eating pizza – and playing co-op games for hours on end,” says Robin Kocaurek, co-founder of Klonk Games. “We hope Shift Happens takes players back to a simpler time, when sibling-on-sibling rivalries and sweet retribution were very much a thing!”