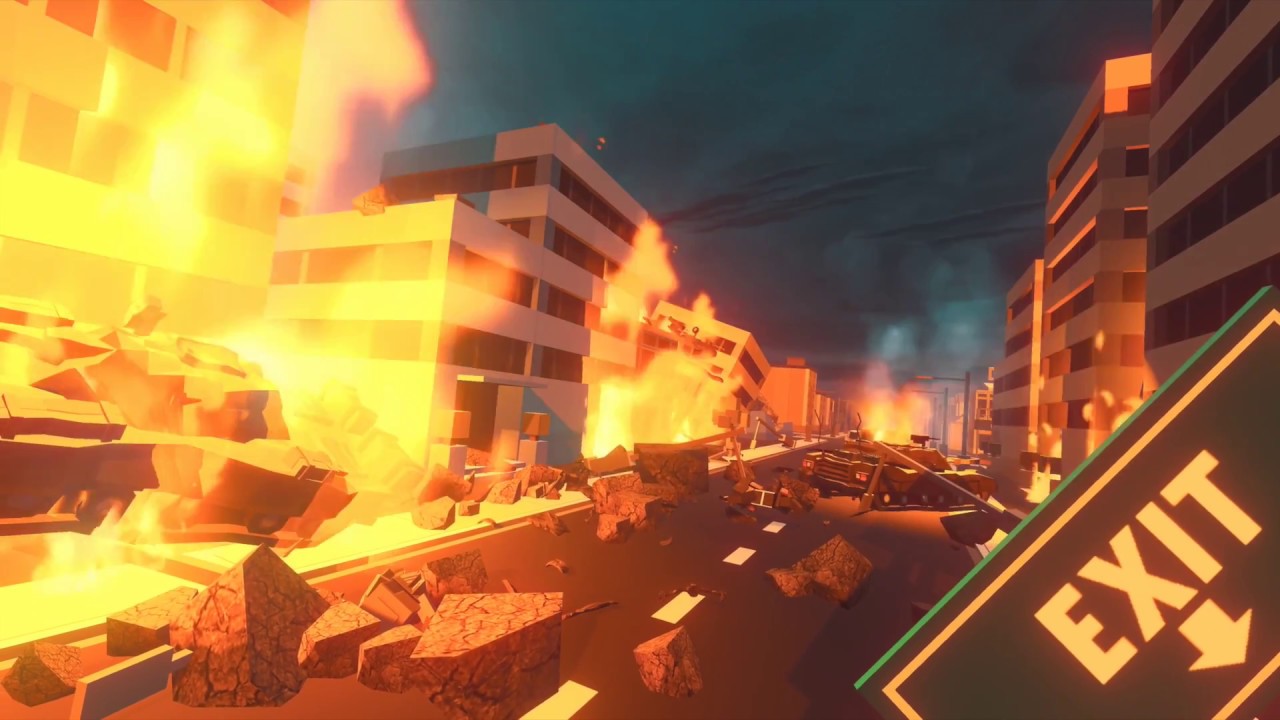 Indie game developer and publisher FIGHT4DREAM is proud to announce that up-and-coming VR Monster Awakens has officially launched on Early Access via STEAM™, and is exclusively available for the HTC-VIVE. In the mortal world of Simplicity, you play a slumbering monster accidently awoken by a submarine in an oceanic trench. Irritable and enraged by lack of rest you decide to unleash chaos and destruction to those who disturbed your sleep.

VR Monster Awakens is a 1st-person gameplay experience. Your task is to approach specific destinations and destroy buildings and vehicles under the pressure of enemy attack. You have the ability to hit, grab and throw objects with actual body actions through your headset and controller. You can also cast powerful skill after collecting enough power from the ruins of destruction. Become the monster that you always wanted to be and pulverize everything in sight! Punish the mortal humans who dared to interfere with your nap!

KEY FEATURES
• Modern City: Human city with buildings, vehicles and frightened citizens are waiting for you! Destroy and EAT THE CITIZENS for your own good! Follow their screams!

• Active VR Combat: Utilize your body to dodge attack, hit, catch and even throw objects while moving around with hand movements. You are a real monster!

• Power Release: As a giant monster, BEAM SHOOTING is indispensable! Feel your true power running through your mouth!

• Threatening BOSS: Fight against the human latest technology in the final stage of arcade mode mission. Destroy their last hope!

• Great Party: 3 different party mode games provided and challenge your friends to see who can earn a higher score!

• Free-Style Mode: No pressure at all and just enjoy destroying everything!