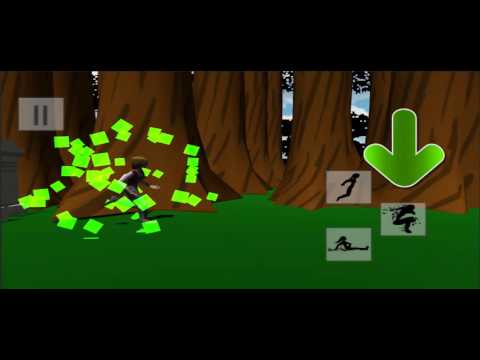 Fellow infinite runner enthusiasts, in these next few weeks, start prepping your fingers for the screen swiping madness, because the chance for glory on another high score board is upon you. The developers at Bad Fish Interactive have announced today that the highly anticipated infinite runner game BACKSLASH will go live on March 31st and will be available at no charge for download on the Android marketplace.

Campaign Mode:
Campaign mode will feature multiple pre-determined levels of increasing difficulty. At the end of each zone, players will be able to face off against huge boss monsters who will attempt to stop the player from making it to the next level. Only the most skilled infinite runners will be able to beat this mode.

Infinite Mode:
For the classic infinite runner experience, we will have the Infinite mode. Players will be able to run infinitely through terrain that will vary the further in the level they progress. The further you run, the higher your score. Highest scores will make it to the leaderboards!