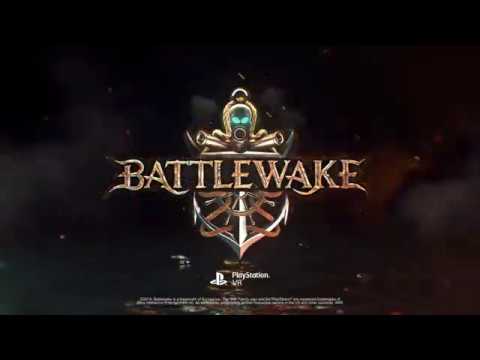 Survios and Perp Games announced that Battlewake will receive a physical edition on PlayStation VR this December 6 in EU Territories. A North American Release Date will follow.

Battlewake takes players to the seas in a vehicular combat game built for Virtual Reality. Captain massive battle-ready warships, and set sail on a larger-than-life nautical war for the ages.

Controlling one of four mythical pirate lords, you will fight for dominion in Battlewake’s ever-churning waters in three different game modes. Campaign, Warfare, and Plunder.

As either Diego the Dreaded, Rev the Relentless, Calavera the Undying or Zhang the Magnificent, learn more about each characters’ backstory in the games epic campaign mode.

You can also play 1 to 4 player Warfare mode with endless objectives or take part in a 2 to 10 player PvP Plunder Deathmatch. With earned gold in each mode, you can also level up your Pirate Lord, upgrade your arsenal, and even boost your ships stats.

Designed using Survios’ unique Immersive Vehicle System, VR comfort is always at the forefront as you tackle the high seas.

Battlewake comes to retail on PSVR in EU Territories on December 6. A North American Physical Date will follow.