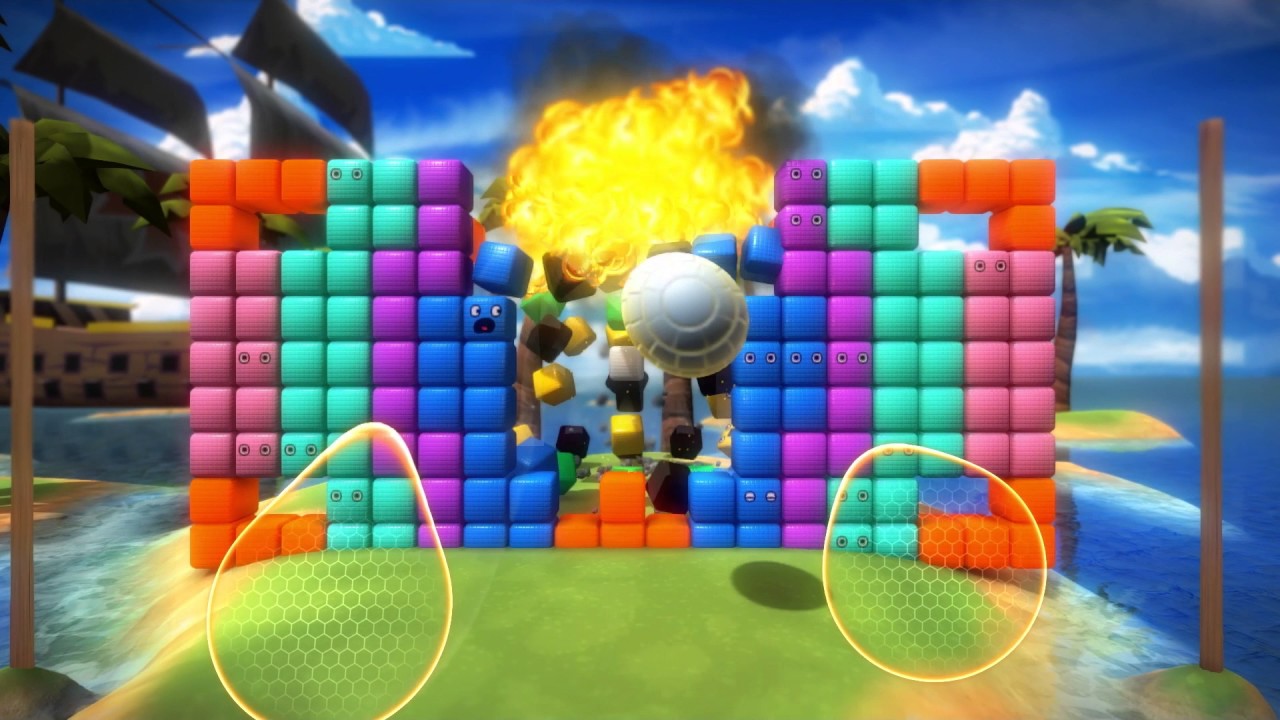 Boom Ball 2 for Kinect
The game will feature a local co-op mode, where two players stand side by side in front of Kinect and work together to clear each of the game’s 50 levels. Every level can be played in either single-player or two-player mode. “With two players, your goal is the same, but you have an extra pair of hands. Very useful when there’s a dozen balls flying around,” says Aki Kanerva, Founder and Lead Designer at Virtual Air Guitar Company.

“Boom Ball 2’s merry havoc makes it a great game to play with the family on Christmas holidays,” continues Kanerva. “It’s easy to learn and gets everyone up and moving.”

Features:
Use awesome ping-pong skills to throw balls and smash thousands of cubes!
Two-player co-op! Bring a friend or family member!
Cute cubes, big bonuses and manic multiball mayhem!
50 brand-new levels!
5 beautiful locations: Tropical Paradise, Snowy Mountain, Crystal Caves, Cloud City and Space!
Every level can be played with 1 or 2 players!
This game is suitable for all ages, shapes and sizes, and may result in getting seriously fit.