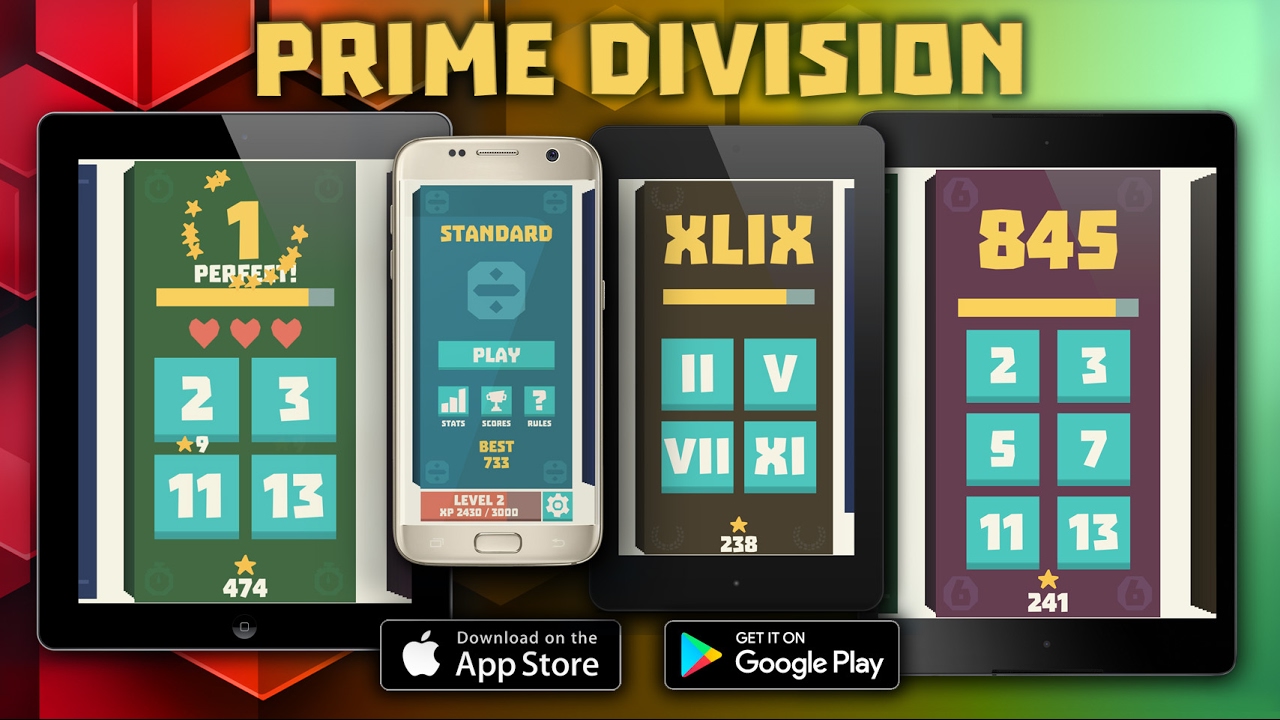 Today, the award-winning German indie studio Hypnotic Owl releases their new title “Prime Division”. Prime Division is a fun game about prime factorization where players have to divide numbers down to 1. The new mobile game will be released for Android first, with the iOS version and others following in the first quarter of 2017.

Jan Lachnit, CEO of Hypnotic Owl, remembers its beginnings: “Prime Division started out as one of the many small prototypes we occasionally put together whenever the muse kisses us. This one in particular came to me in the middle of the night while brooding about numbers. Fascinated by how every non-prime number can be represented as a product of a set of primes, I decided to make a game about this.”

Prime Division
Prime Division is a fun game about prime factorization. Divide increasingly high numbers down to 1 by tapping on their prime factors. Divide in descending order of the primes to get the most points and also earn experience. Every five correct divisions you reach the next stage. Stages increase in difficulty and introduce new prime numbers. However, the first mistake ends the game and sets you back to stage 0. Every stage you reach grants you experience as well. Gain enough experience to level up and unlock additional game modes.