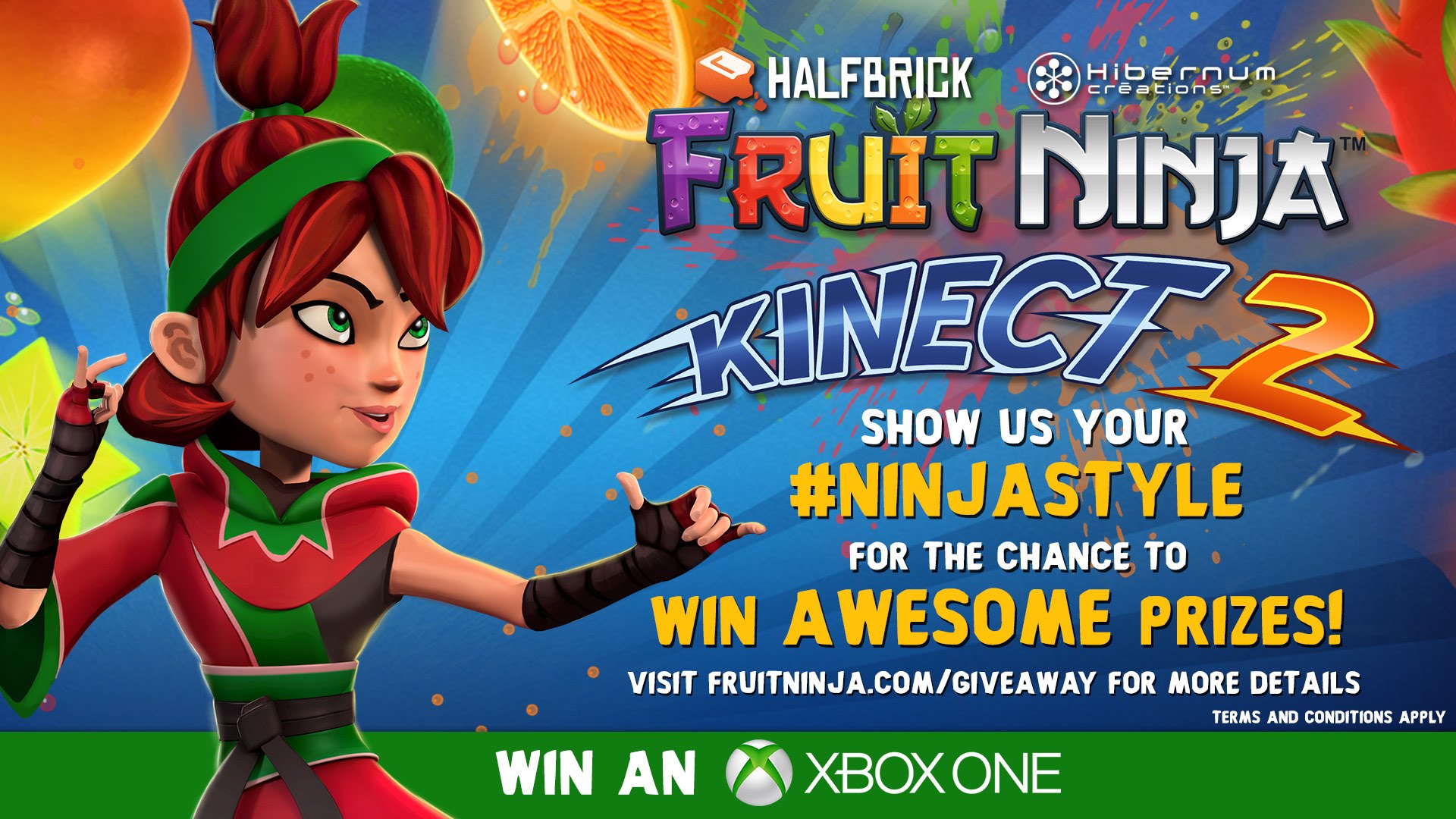 The king of slice-’em-ups is back and better than ever, with Fruit Ninja Kinect 2 officially arriving today on Xbox One, Halfbrick has announced.

With an increased focus on movement and dexterity, Fruit Ninja Kinect 2 is designed to get gamers off the couch and on their feet. Players can dodge shurikens, avoid spotlights, or strike a pose in comical mini games.

The new Kinect sensor plays a pivotal role, allowing developer Hibernum Créations to implement a number of features which were not previously possible. Party Mode is a prime example, giving up to four players the ability to jump in and out of the action as matches progress.

In a series first, all modes can be played co-operatively with a friend or family member. Those looking for a more serious challenge can up the ante in Battle Mode, where new power-ups like Bomb Attack and Fast Forward are used to hinder opponents in a tasty tug-of-war.

“The Kinect is an amazing peripheral with a wealth of untapped potential,” said Shainiel Deo, chief executive at Halfbrick. “We’re excited to show developers that, with the right team and the right idea, Kinect games have the ability to revolutionize the living room.”

“Our goal was to create the premier Kinect experience for entire families,” added Louis-René Auclair, Vice-President and Chief Brand Officer at Hibernum. “Whether you’re young, old, short or tall, this is a game that everyone will enjoy for months and years to come.”

Fruit Ninja Kinect 2 is rated “E for Everyone” by the ESRB, and is available now for $14.99 USD on the Xbox Games Store.