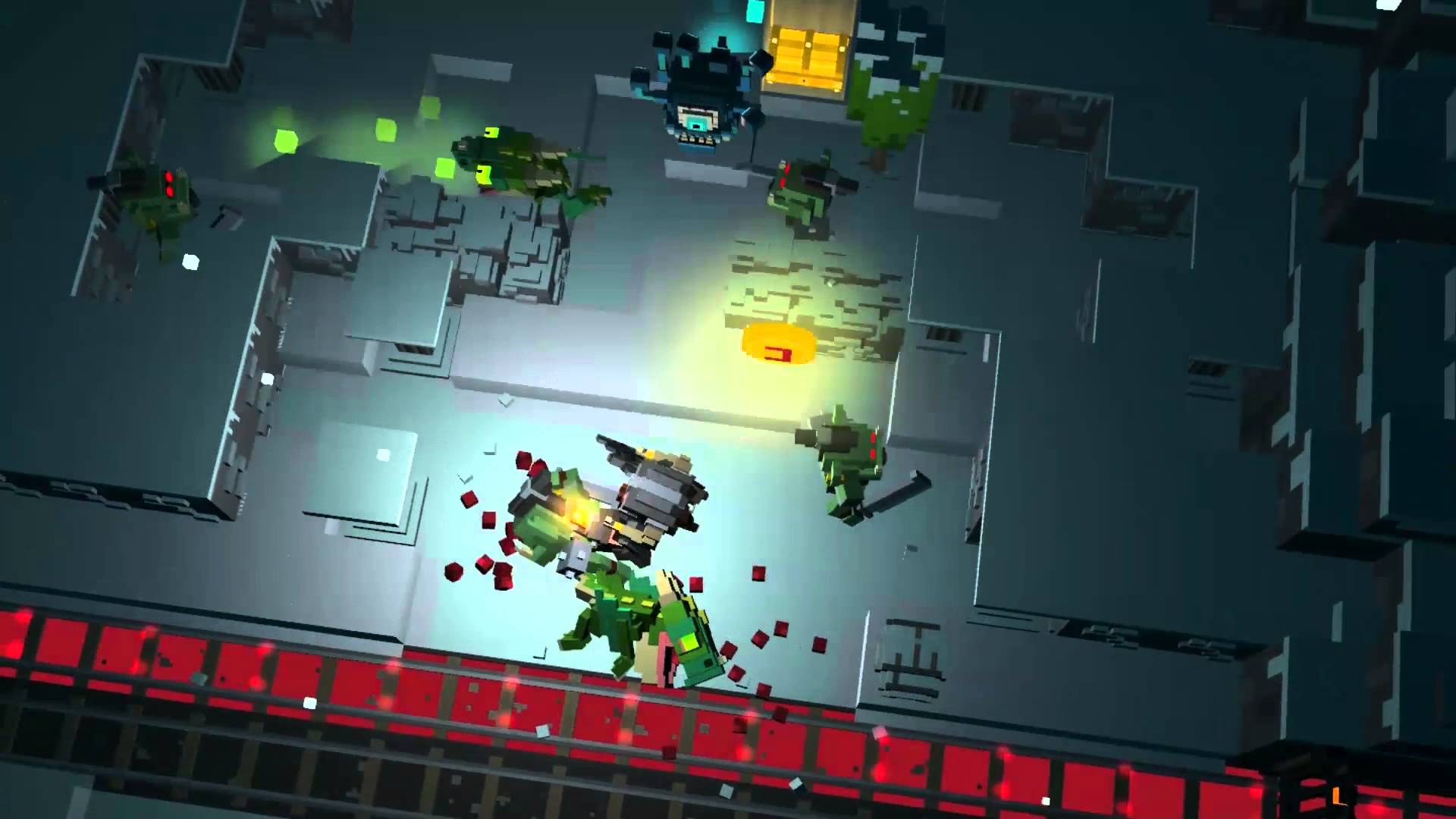 Founder of 3D Realms, Scott Miller, has teamed up with former Gears of War lead designer, Lee Perry, to create Dream Team. And joining forces with Rune and Prey developer Human Head Studios, this trinity of talent has set a course to develop numerous innovative mobile games for 2016, with Boxy Kingdom first out of the gate.

Boxy Kingdom is an endless suspenseful arcade/adventure game of pure survival, exploration and looting. And this free-to-play game opens a golden chest of new of innovations and compelling gameplay features. Players earn points and loot by progressing across the vast kingdom, avoiding the many types of patrolling orcs, dragons, ghosts, and goblins, as well as the variety of hazards along the way. A key feature is that dangerous enemies can only be dispatched by attacking them from behind.

“This unique Backstab attack is a super cool innovation that really puts Boxy Kingdom in a whole new category” said Lee Perry, Chief Creative Officer at Dream Team. “Backstabbing is such a deviously fun way to attack, and adds a lot of strategy and tension to the game.”

“I’ve been an avid player of mobile games for years, and a creator of high-end video games for decades, like Max Payne, Duke Nukem and Prey; it was time to merge these passions,” said Scott Miller, CEO at Dream Team. “Boxy Kingdom is so full of clever gameplay twists, depth of discovery, and to me represents the type of fun-first gameplay that used to be way more commonplace in the 90’s.”

Chris Rhinehart, designer and programmer at Human Head, said “There’s ten enemy types, tons of environments, traps, and fun interactive objects like fire braziers, drawbridges, and breakable walls. Boxy has dozens of hilarious heroes to play, many possessing abilities beyond the backstab like electrocuting groups of enemies, leaving a deadly trail of fire behind, and even turning enemies into tiny rats.”

Studio Art Director at Human Head, Jim Sumwalt said, “Combine these heroes with the distinct environments and the variety of gameplay in Boxy Kingdom truly is astounding. We’ve been playing the game for months and we still see new things.”

And there’s so much more, says Josh Olin, heading up marketing communications for the game: “You can level up each hero, play the built-in Time Trial mode, complete quests, and best of all, discover that this simple to learn game is actually packed with serious depth of content that only reveals itself the more you play and the more you discover.”

Boxy Kingdom is set to release FREE on iOS (iPhone 5, 6, and iPad) just as soon as it passes Apple certification! It was just submitted yesterday, and will follow soon on Android (we’re hurrying!)

Boxy Kingdom is an endless suspenseful arcade/adventure game of pure survival, exploration and looting, and introduces an all-new type of gameplay, the Backstab move. The game is bursting full of quests, heroes, orcs, dragons, ghosts, and goblins, and tons of treasure. And if you can play Crossy Road (we love you, Hipster!), we use the same super simple controls!

Boxy Kingdom is different each time you play. You can get all 35 playable Boxy Heroes, most who add a fun new twist to the gameplay and have distinct personalities-especially the powerful Legendary heroes.

This innovative game was developed by several of the famous lead designers/creators behind Gears of War, Max Payne, Duke Nukem and Prey. Combined these games made billions commercially. Now this same talent is breaking into the mobile market with their most creative and compelling game yet, one that will define a new category of mobile adventure/looting/exploration gaming.

To play you simply tap and swipe the screen to move your character past dangers, traps, pitfalls, puzzles, and creatures of numerous types, all the while collecting as much loot as you can carry (and you can carry a LOT). You also earn gold and gems by defeating enemies with the deviously addicting backstab attack! Dispatching enemies for points and plunder has never been so fun on a mobile device!

The “Cool Stuff” List!
•You’ve discovered the famous Amulet, now escape with your life from the Guardian Dragon!
•Numerous unique enemies want you for dinner, like orcs, fire breathing drakes, skeletons, ghosts, goblins, and more!
•Numerous terrain types to explore-none of it very safe, sorry!
•35 Boxy Heroes to play, including 6 Legendary heroes with super fun abilities.
•Each character can level up to a max of 20-gaining loot with each level.
•Over 100 Quests to complete, each giving a sweet reward.
•Tons of humor. (Some probably cornball! We’re just developers, not comedians!)
•Loot the dead bodies of your fallen friends, mythical characters, actual famous people, and the top players on the Leaderboard!
•Tons of cool gameplay tricks and secrets to discover! More than tons, in fact!
•Speed Run mode is built into the game! Seriously super speedy fun!
•We guarantee that this game is more addicting than country fried bacon.