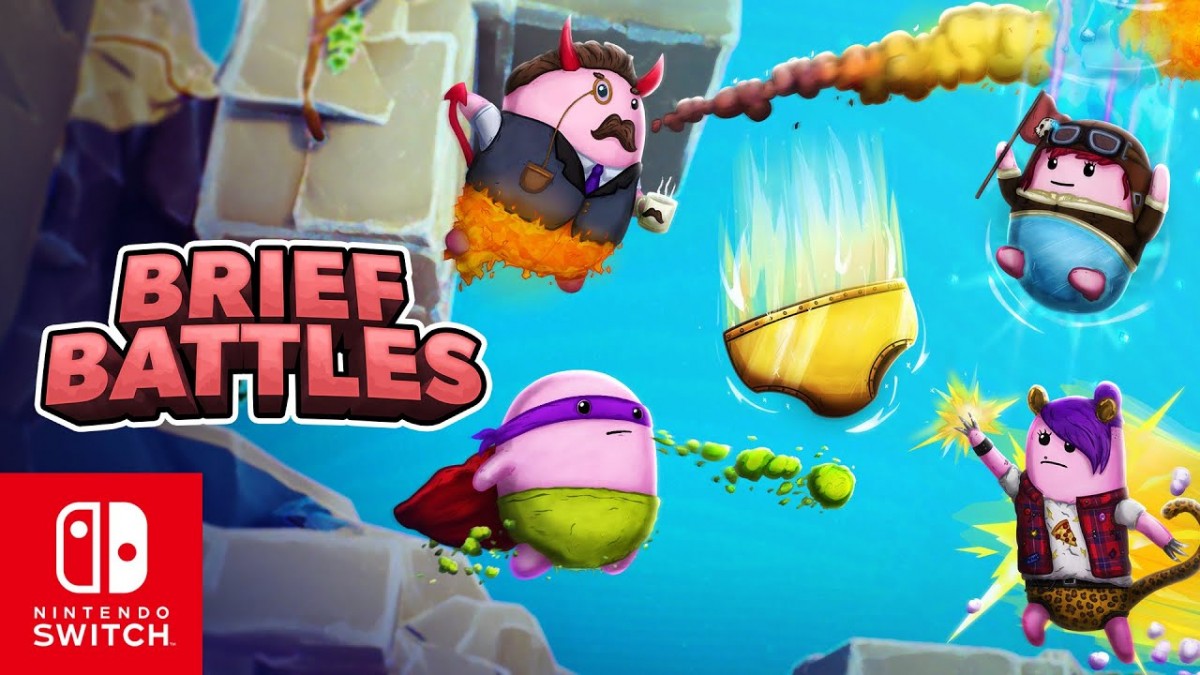 The Nintendo Switch adaption of Brief Battles runs at a slick 60FPS, with camera tracking and UI improvements for playing as your favorite Underwearrior on the go. In addition to the backside brawler launching on Switch, a free, major content update will be released for all platforms (Switch, PS4, Xbox One, Windows PC) on the same day.

Brief Battles is jam-packed with game modes for local multiplayer mayhem, creating ample opportunities to kick enemies’ butts throughout 50 hand-crafted arenas. Gather up to three friends, cheek-to-cheek on your couch to dominate in Knockout, team or free-for-all Classic Battle, Hold the Gold and Underpants Collector, slipping-on super-powered underpants from the likes of Flaming Hot Pants and Buns of Steel.