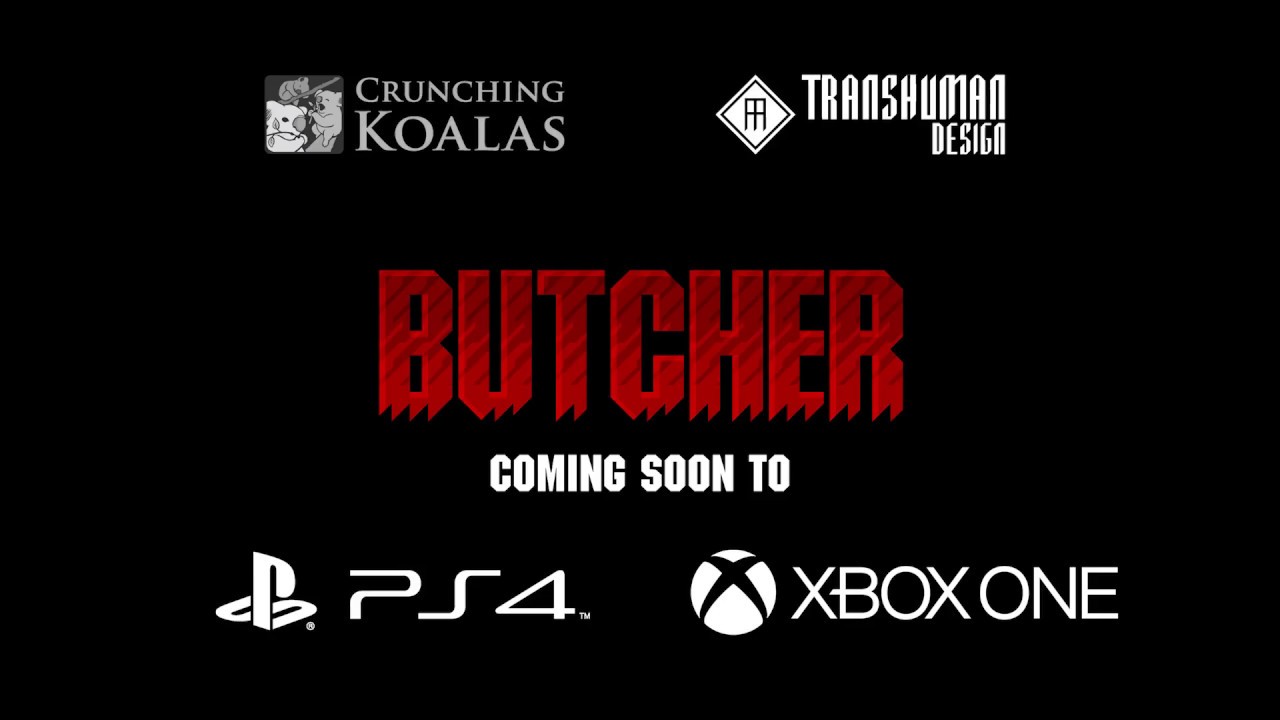 BUTCHER is fast-paced 2D shooter and a blood-soaked love letter to the cult classics of the genre, developed by Transhuman Design – the studio behind Soldat and King Arthur’s Gold. The game will be published on PS4 and Xbox One by Crunching Koalas in Q2 2017. Heavily discounted pre-orders for the Special Edition Bundle have already started on the European PSN.

As a cyborg programmed to eradicate the last remains of humanity, your sole purpose is to well… annihilate anything that moves. Grab your weapon of choice (from chainsaw, through shotgun, to grenade launcher) and kill your way through underground hideouts, post-apocalyptic cities, jungles and more. And if you’re feeling creative, there are plenty other ways of ending your enemies’ misery – hooks, lava pits, saws… no death will ever be the same.

If kicking corpses into a lava pit and adorning walls with blood is your idea of a good time, BUTCHER is THE game for you.

•Ultra-violent uncompromising carnage in the spirit of Doom and Quake (chainsaw included)
•Release your inner artist, paint the walls with (permanent) blood (up to 4 million pixels available to be painted per level)
•Use the environment (saws, hooks, lava pits, animals and other) to brutally dispose of your enemies
•Put your reflex and patience to the ultimate test
•Choose from an array of weapons (featuring classics like chainsaw, railgun and the deadly grenade launcher)
•Soak in the dark atmosphere reinforced by a wicked, heavy soundtrack (while you kick corpses around)
•Die painfully: melt in lava, become piranha food, get crushed by heavy doors… and more!
•Absolutely no mercy for anyone!