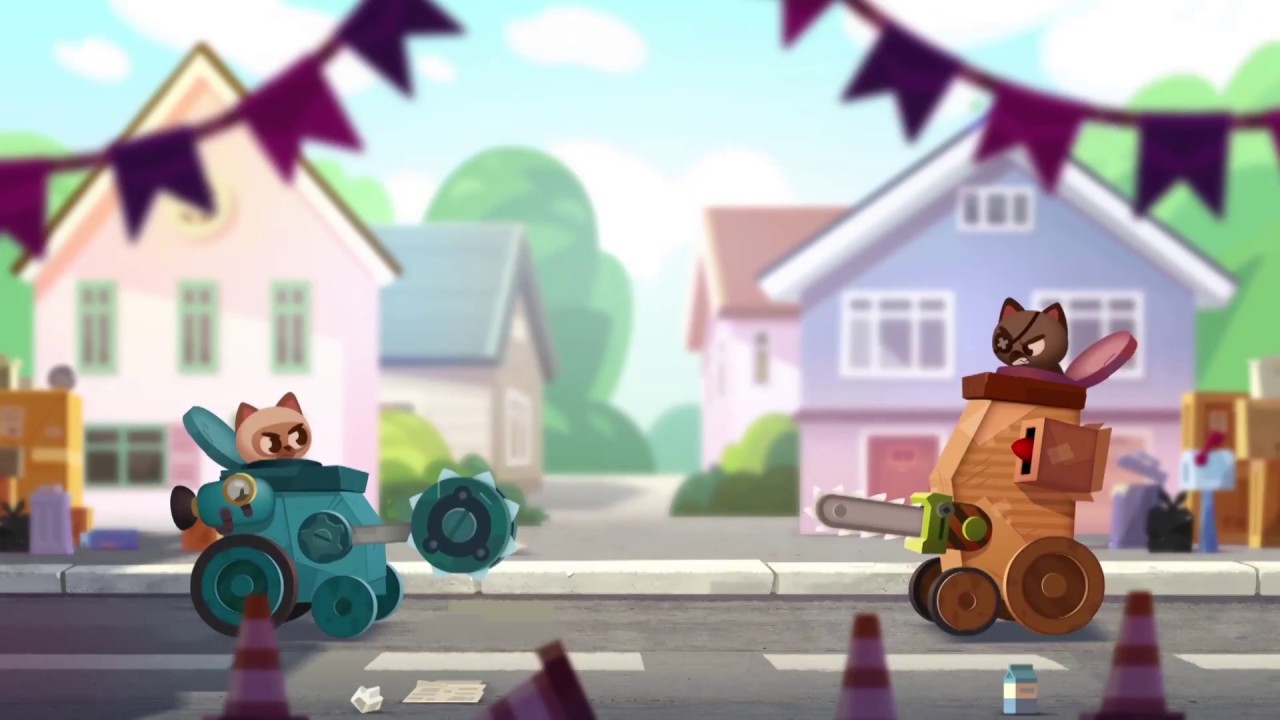 Pump up your tires and prepare for battle! C.A.T.S.: Crash Arena Turbo Stars, the latest mobile PvP game from Cut the Rope and King of Thieves creators, is now available for free on iOS and Android. Build and customize battle cars in the role of a street kitten, and go head-to-head against other players to become the Crash Arena champion.

Your road to the top of the World Championship starts in the garage. Experiment, upgrade, and combine a variety of deadly hand-made weapons and gadgets — from drills and chainsaws to soda pop bottles — to build a machine that’s unlike any other. When your car is good enough, enter the Championship and fight against real players from all over the world in uncontrollable physics-based battles. Defeat all opponents in the group to move into the next stage. Higher stages allow access to higher ranked weaponry and accessories.

“We made sure that battles in C.A.T.S. are unpredictable, frantic and exciting to watch,” says ZeptoLab’s Co-founder Efim Voinov. “We are looking forward to all the amazing battles our players will experience – and share.”

And that’s not all! Customize your ride with different stickers, fight against friends to see who’s the better engineer, and bet the spare parts on the strongest machine created by other players to get bonuses for your weapons.