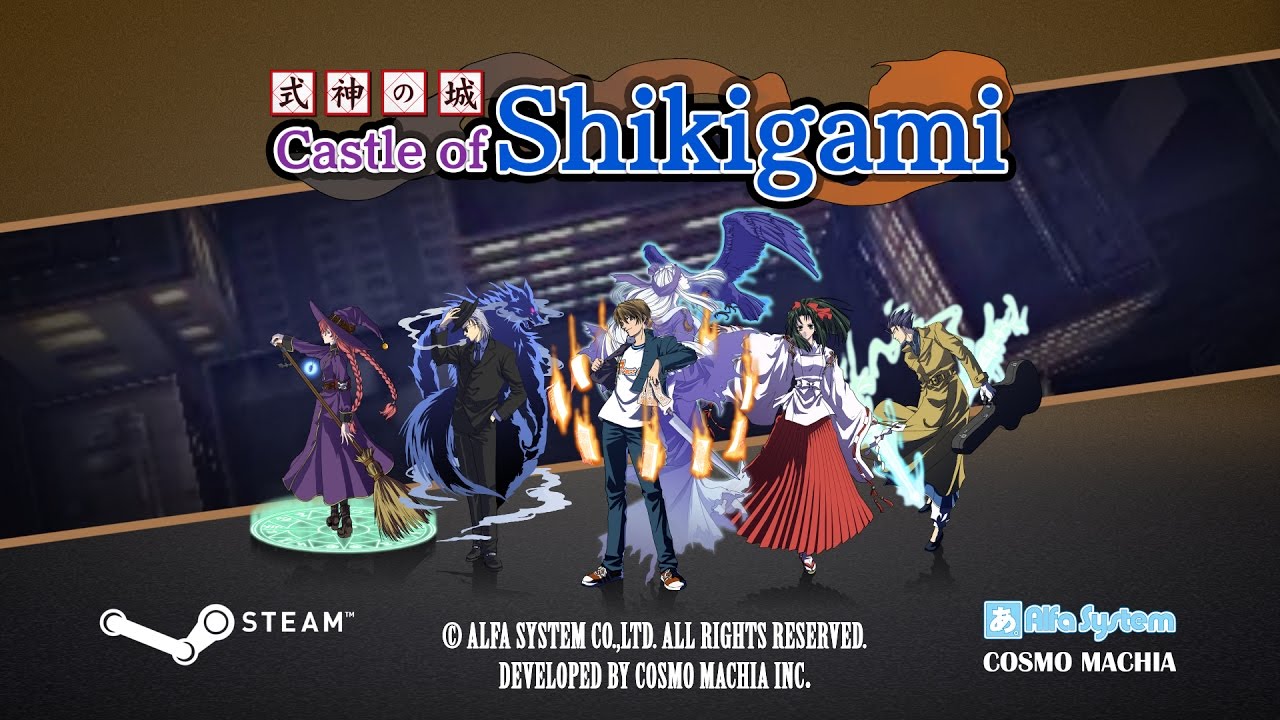 Degica is pleased to announce that Alfa System’s classic, horror-themed shoot-’em-up, Castle of Shikigami, is out now!

The Summer heat is scorching. Tokyo’s Metropolitan Police Force has had enough. One after another, 32 female victims were found brutally murdered. Could this be the work of the occult? Call in the specialists!

Choose one of six characters and utlise their unique abilities to defeat the demons infesting modern-day Tokyo in this vertically scrolling shooting game. Use each character’s shot, special Shikigami attack and bomb to conquer each stage and it’s boss to ultimately discover who or what is behind “The Castle of Shikigami Incident”.