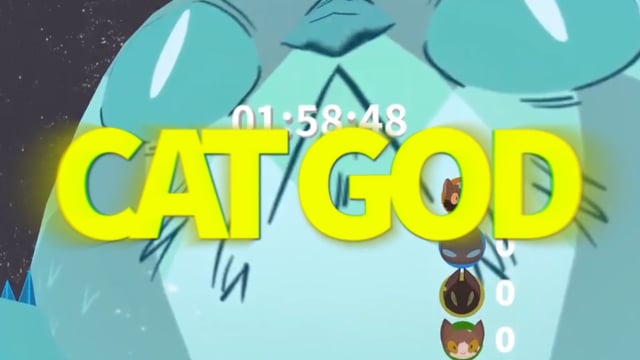 Cat ‘S’ Trophy, the flagship game of mobile VR studio Visible Realms, has been released to Oculus Store. As the name might suggest, this is not a game where you pet fluffy animals, but a fast and creative kart management game.

In Cat ‘S’ Trophy cats have races in the honor of the ruler of the internet – the Cat God. Conveniently, all five cats in the game can turn into vehicles when the race begins. The gameplay of Cat ‘S’ Trophy consists of two parts; Part One is track drawing. The player draws the track where the cats will race. Part Two is the actual racing. In order to win the race, players need to gather “star crystals” around the track and the lucky cat to gather the most star crystals from the track wins.

With references to popular culture and to memes, Cat ’S’ Trophy has been designed to be approachable and engaging to a wide audience. The artwork, graphics and characterization are immersive and appealing, while gameplay has been designed to counter and minimize causes for motion sickness. There are no engines revving but cats purring before the start of the race too. Players both young and old are bound to enjoy Cat ’S’ Trophy.