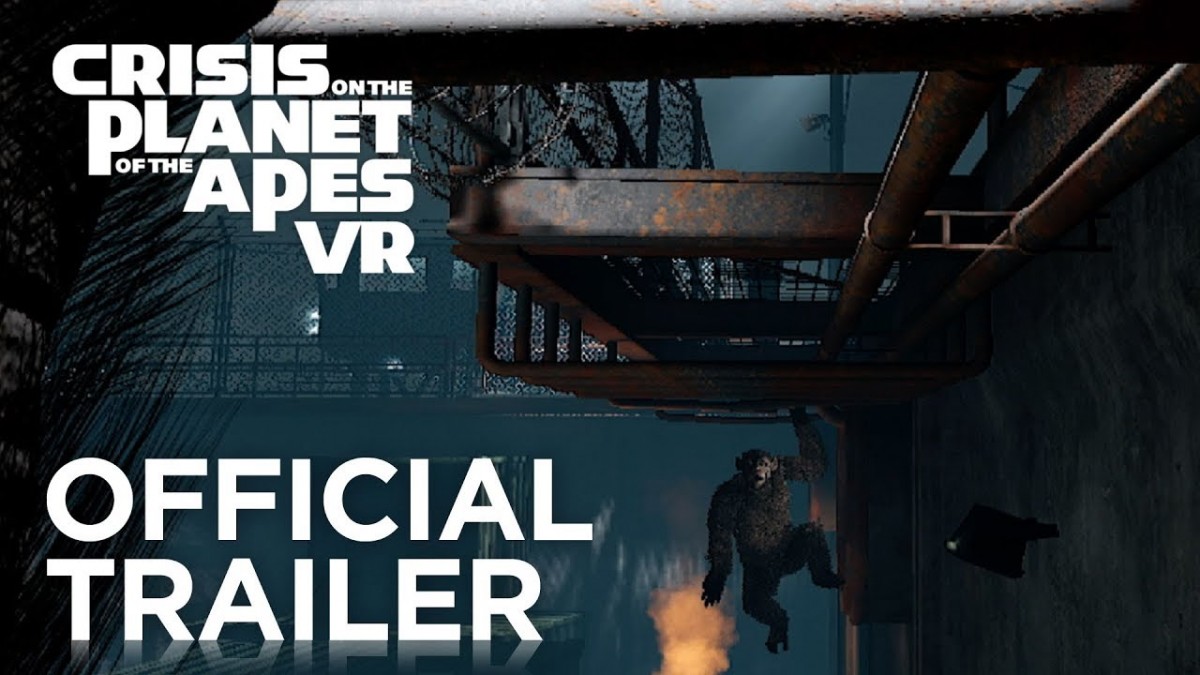 You are an ape with advanced intelligence, captured and held prisoner in a heavily guarded scientific facility as mankind desperately searches for a cure to the Simian Flu, which has wiped out most of humanity. You must climb, jump, arm yourself, and fight your way through the chaos of an apocalyptical world to escape with fellow Apes and return home at the crossroads of two species’ destinies.

Crisis on the Planet of the Apes VR introduces an innovative set of motion mechanics in VR. For the first time, players are able to feel the strength and vigor of an Ape with every movement, from running, climbing and moving to cover, as they confront humans in an effort to survive. Moving as an Ape, players will come into contact with other survivors, humans and fellow Apes alike, who have spent the last five years navigating a global catastrophe, as the world they knew came crashing down.

The immersive environment is further amplified with premium surround sound, developed in partnership with DTS for Oculus Rift and HTC Vive. This creative effort brings exceptional audio expertise to the Apes universe and is a critical priority for the VR Studio. The natural collaboration with DTS uniquely intensifies the richness of the game.

Crisis on the Planet of the Apes VR is now available on PlayStation®VR , Oculus Rift, and HTC Vive.