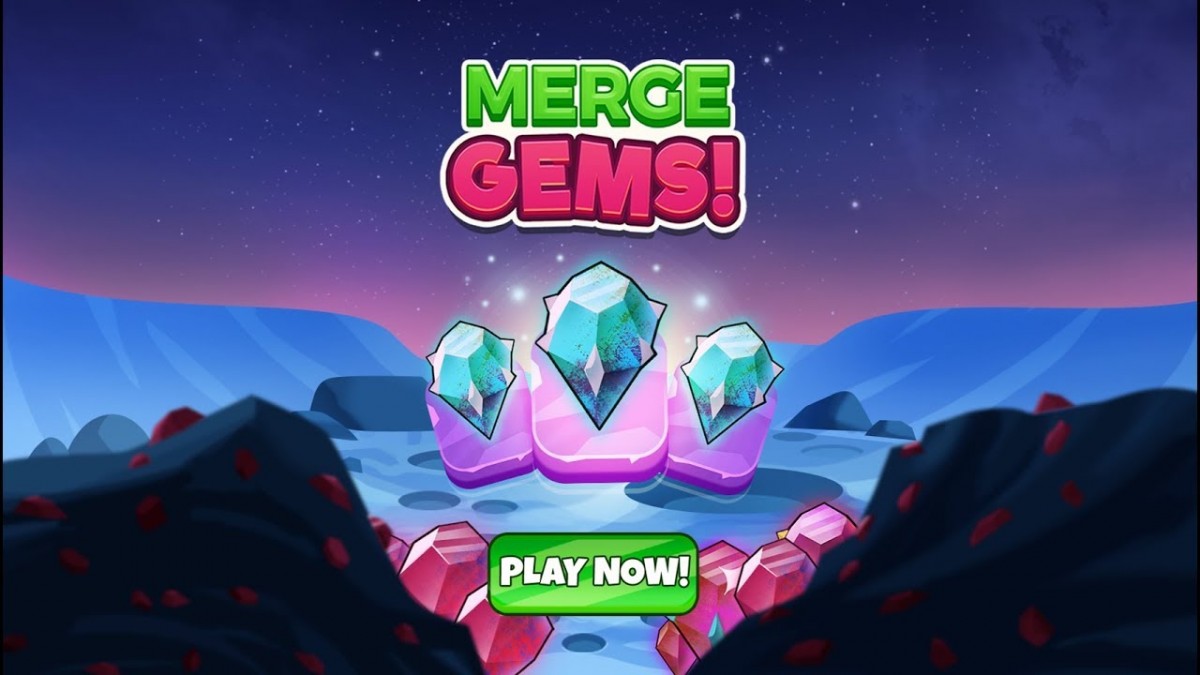 Gram Games announces the expansion of its Merge! series with an exciting new title, Merge Gems! available to download on iOS and Android from today. Its launch marks the second free-to-play title released by the studio this year and the fifth to employ the studio’s simple, yet addictive Merge! mechanic, which has generated over 41M combined downloads to date.

The mechanic was first established with the release of Gram Games’ stand out mobile hit, Merge Dragons! (June 2017). This was further solidified by other titles, including Merge Town! and Merge Farm! – puzzles game, that encourage players to build towns and profitable farms by merging items available through gameplay.

The concept of Merge Gems! is simple, yet promises hours of entertainment. Players are encouraged to simply merge gems, rocks, gold and more, to create and collect beautiful treasures! Every so often, players will be gifted a new gem. The faster they tap on the box at the bottom of the screen, the sooner gems will appear on the board.

Each gem that appears can be merged with other gems of the same kind – when you merge a set of gems you will earn stars. These stars will increase your experience level allowing you to unlock new areas to drop gems on. Each gem placed will earn you currency – the larger the gem, the more you’ll earn. This currency can then be used to purchase new gems in the Merge Gems! store. The higher your level, the more exciting lands you can explore. Keep merging to discover the wonders of Moon Land, and Aztec Land.

Tip #1 – Keep on Tapping
To provide you with hours of endless fun, Merge Gems! doesn’t have a fail state, this means you can fill up your board with gems and boxes. However, the more you Merge your gems, the more currency you will generate, which will earn you more gems, space, and new land.

A new box will drop containing a Mergeable gem every few seconds. Tapping the box at the bottom of the screen will fill your board with boxes faster – this means more gems to Merge.

It’s faster to focus on either tapping or Merging at any given time than to constantly switch back and forth between them. While you’re opening and Merging, new boxes will continue to appear automatically, at a normal pace.

Tip #2 – Stay organized
At the beginning of the game, when Merging on the first of three lands – Gem land – you won’t have many gems to keep track of. As you discover new objects and your board fills up with higher level gems, you’ll have gems that can’t be Merged taking up space.

Move the highest level gems to a corner or edge where they will not get in the way of gameplay. This will also serve to remind you of the kind of gems you need to aim to duplicate – that’s the only way you’ll get even higher level gems.

Tip #3 – Work On Your Level Up
During gameplay, Merge as many gems into larger, more impressive ones as you can. This will help you earn currency, discover new gems, increase your player level and unlock new areas to play on.

Each time you Merge a set of gems you will earn stars. These stars count towards your experience level. With each new experience level you gain, you get to unlock a new area to drop a gem on. Each gem placed will earn you currency – the larger the gem, the more you’ll earn.  Plus – the higher your level, the more exciting lands you can explore. When you reach level eight, you’ll gain access to Moon Land, and at level fifteen, you can explore Aztec land.

Tip #4 – Spend wisely
Aim to spend your earnings on higher level gems – this will save you merging time. Mystery boxes will also be given throughout the game – keep an eye out for those, they can contain valuable gems! As you reach higher levels, the currency you accumulate will allow you to purchase more expensive treasures.

Tips #5 – While you’re away
Your gems will accumulate money even when you’re not actively playing the game. Before you close the window, make sure your map is full of gems, preferably high level ones, so you’re idly earning as much gold as possible. That way, when you return, you’ll have a whole slew of new gems you can collect.