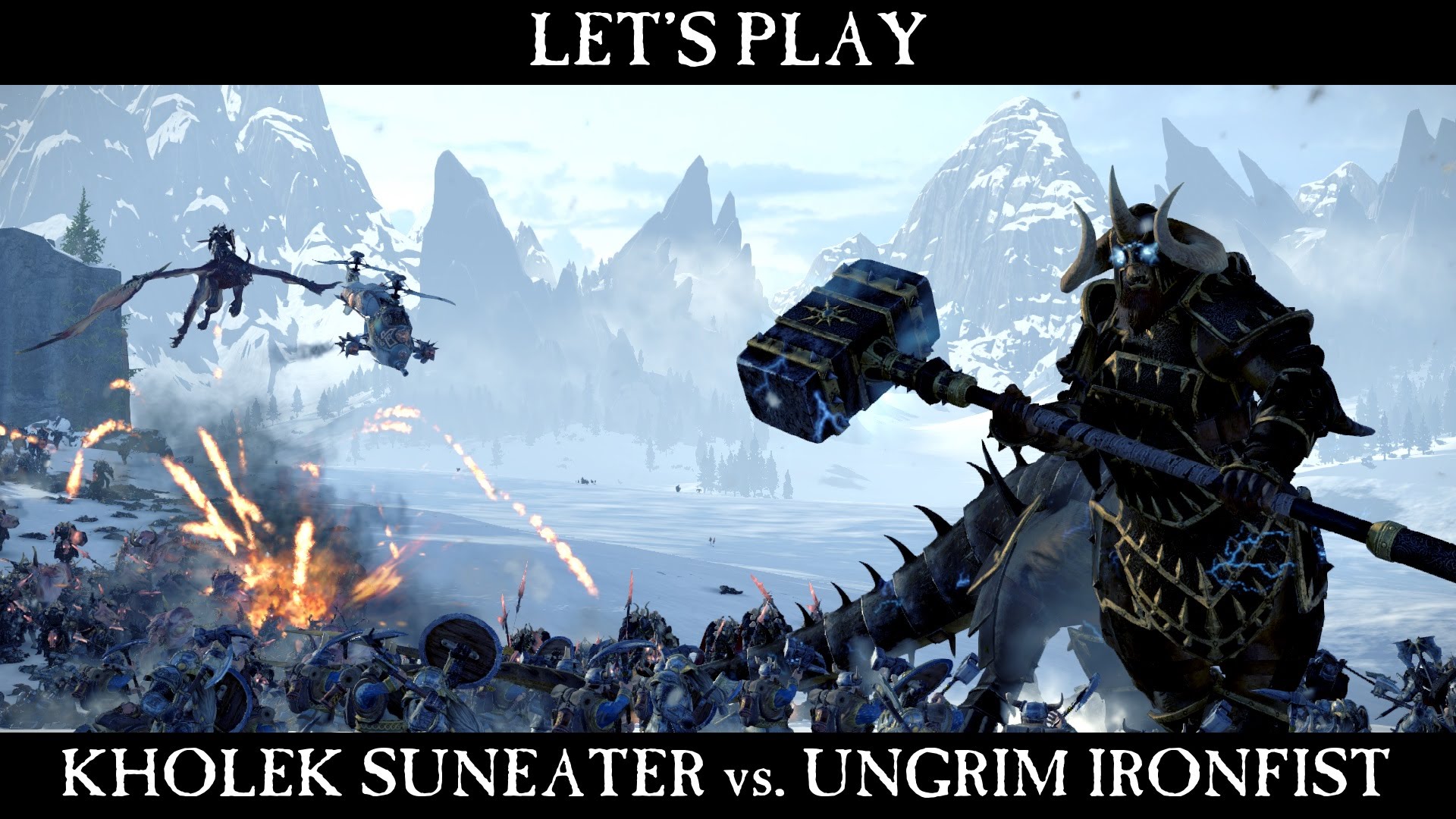 Creative Assembly today announced that the Chaos Warriors Race Pack will now also be offered free to players who purchase Total War: WARHAMMER in the first week of sale.

“The Chaos Warriors have proven to be hugely popular” said Creative Director, Mike Simpson “and, by extending the deadline for getting them for free by a week, we can ensure loyal fans who don’t feel like pre-ordering don’t miss out, while still rewarding early adopters whose support is really valuable to us.”

“We’re really confident in the game and with the community backing us so strongly this should be the biggest launch for Total War ever.”

Retailers who are currently supporting the pre-order will continue offering the DLC for free into the first week, with the free period coming to an end at 18:00 BST on the 31st May.

Catch the Chaos Warriors in action in this new Let’s Play video, featuring the titanic Kholek Suneater. Swathed in lightning and wielding a hammer the size of a building, Suneater is the most ancient of the Dragon Ogres and one of the Legendary Lords available to play as in the Chaos Warriors Race Pack.

Total War: WARHAMMER is out on the 24th May.

About This Game
Total War™: WARHAMMER®
The Old World echoes to the clamour of ceaseless battle. The only constant is WAR!

Hundreds of hours of gameplay await you at the dawn of a new era. Total War: WARHAMMER brings to life a world of legendary heroes, towering monsters, flying creatures, storms of magical power and regiments of nightmarish warriors.
Lead Extraordinary Races

The valiant men of the Empire, the vengeful Dwarfs, the murderous Vampire Counts and the brutal Orcs and Goblins of the Greenskin tribes. Each Race is wholly different with their own unique characters, campaign mechanics, battlefield units and play style.

Command Legendary Characters
March your forces to war as one of eight Legendary Lords from the Warhammer Fantasy Battles World, arming them with fabled weapons, armour, mounts and deadly battle magic as you uncover their tales through a series of unique narrative quest chains.

Conquer this world
The very first Total War game to feature a fantasy setting. Experience incredible depth and the freedom to conquer as you see fit across a gigantic sand-box Grand Campaign map. Crafted from a twisted magical landscape and populated with an incredible array of awesome and deadly creatures, this is your chance to experience fantasy strategy on a scale as yet unimagined.

Unleash the monsters
The battlefields of Total War: WARHAMMER echo to the swoop and roar of dragons, the bellowing of giants and the thundering hooves of monstrous cavalry. Towering beasts of both earthly and supernatural origin wade into the melee of battle, bringing death to hundreds of lesser creatures at a time.

Harness the Winds of Magic
Smite your enemies with magical storms, melt their armour, sap their fighting spirit or bolster your own forces with devastating spells that split the sky and consume the battlefield. Rally wizards, shamans and necromancers to your armies and bend titanic and unpredictable energies to your whim.

Watch the skies
Harass your enemies with Dwarfen Gyrocopters, plunge into their front-lines with terrifying Wyverns and achieve air superiority with a stunning array of flying units for the first time in a Total War game. Entirely new tactical possibilities present themselves as you deploy your winged minions in open battles and jaw-dropping sieges.
What is more, this title will go on to combine with two future standalone instalments and additional content packs to create the largest Total War experience ever. An epic trilogy of titles that will redefine fantasy strategy gaming.