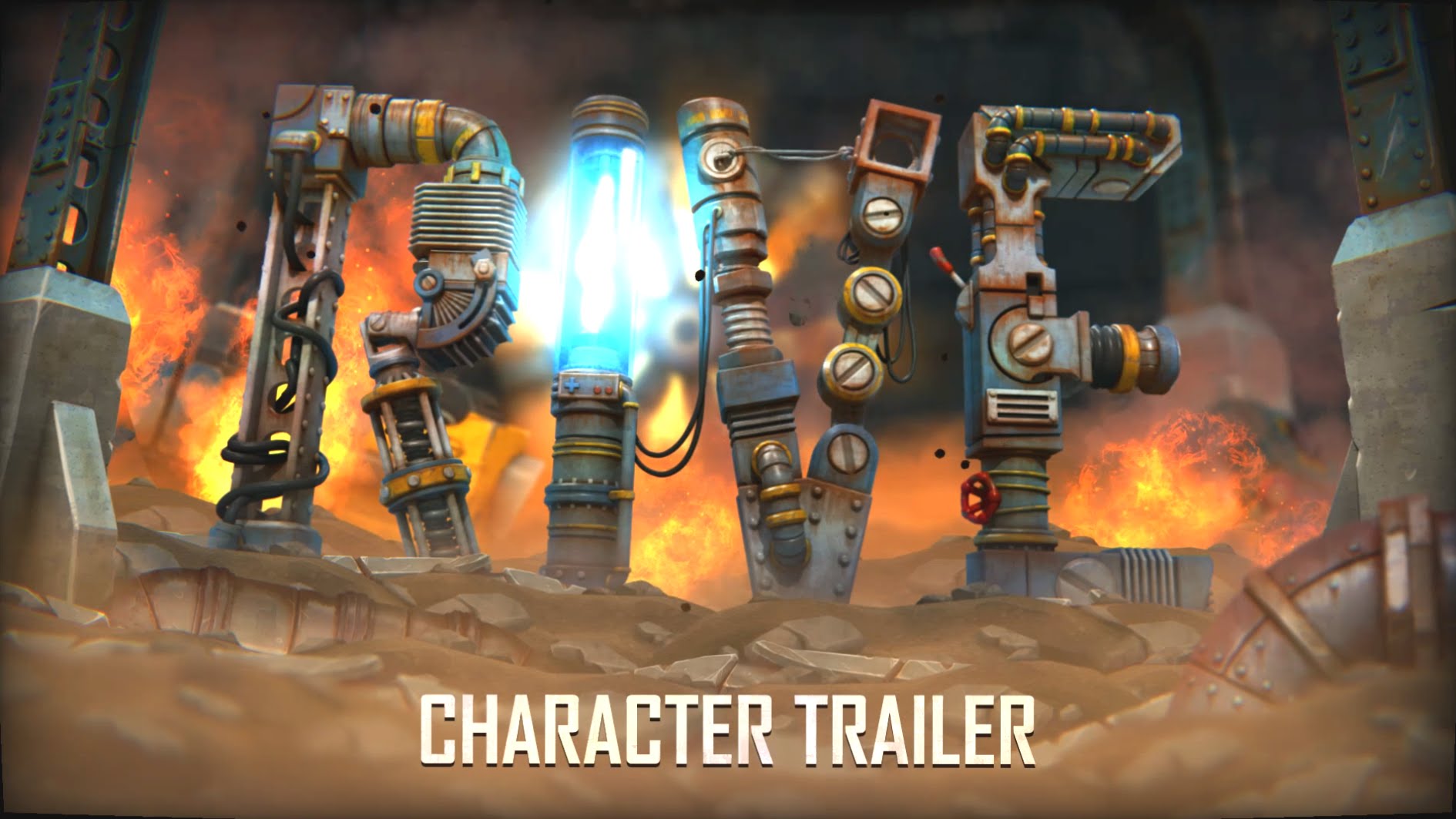 In today’s new Character Trailer we introduce Roughshot, the space scavenger at the center of RIVE’s story, as well as DLL, your robotic guide, or perhaps adversary? Both are voiced by Mark Dodson of Star Wars and Gremlins fame.RIVE is developed by Two Tribes and is headed for PlayStation4 and PC (Windows, Mac OS, Linux) in September, full details below.

Key features:
Dance of destruction
RIVE’s unique 360-degree shooter/platformer hybrid lets you choreograph a ‘dance of destruction’. It feels like the explosive games of yore, pumping megapixels like it’s 2016.
Roughshot’s story
When space scavenger Roughshot gets trapped on a mysterious starship, he has to form a surprising alliance. Don’t care about the story? Just shoot the messenger. Literally.
Hack those robots
Ever dreamed of controlling your enemies? In RIVE you can. Find the hacks and get those gun turrets, nurse drones and irritable smashbots on your side. Or hitch a ride on top of a bullet train!
Special attacks
Grab an ammo crate and attack with a burst of Falcons, Teslas, Kesslers or Blunders. Is the battle wearing you down? These special attacks will save your behind every single time.
Multiple game modes
RIVE offers an insane sequence of spectacular battles and setpieces. You won’t believe what’s happening to you… and that’s before you even tried the Single-Credit and Speedrun modes.