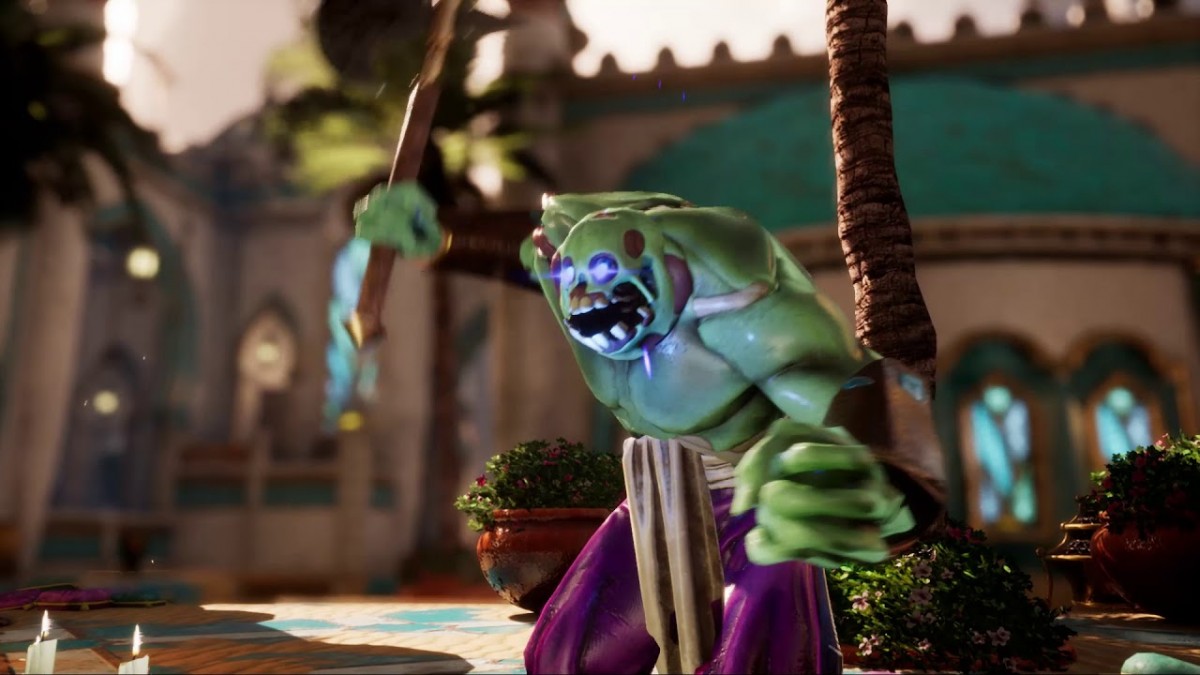 City of Brass, the Arabian Nights-inspired first-person rogue-lite adventure from the BioShock veterans at Uppercut Games, lashes and slashes its way onto Nintendo Switch.

Enter the City of Brass, a mythological metropolis brimming with both unfathomable riches and countless dangers. While the streets are lined with gold, the town’s denizens have been cursed by love of money, twisting them into an army of the damned. A legion of undead, sorcerers, genies, and other horrors stand in the way of any thieves who seek the city’s treasures.

The hostile locals are not the only obstacle between would-be burglars and the fabled riches, as the city’s gilded landscape is a labyrinthine network filled with deadly booby-traps. However, these pitfalls are a double-edged sword that observant players can wield against enemies. Lure unsuspecting foes into danger and set off snares with the trusty bullwhip, which can also be used to stun adversaries, swing away to safety, and grab distant objects.

Collectibles items, such as relics, gold, and treasure chests, are hidden just about everywhere. Gather wealth to purchase upgrades from helpful genie shopkeeps or buy wishes to gamble for better gear. Power-ups can also be found in treasure chests, so pilfer as much as possible before sands of time expire.

The Nintendo Switch™ edition launches with three unlockable characters (the fast and frail knife fighting Brigand, a spear-throwing Soldier, and the strong but slow Hellion), along with the starting Fool and Traveler duo. This release also features a myriad of improvements over the game’s original version, including new relics, weapons, enemy types, and other enhancements.

City of Brass is available on Nintendo Switch, PlayStation 4, Xbox One, and Windows PC.