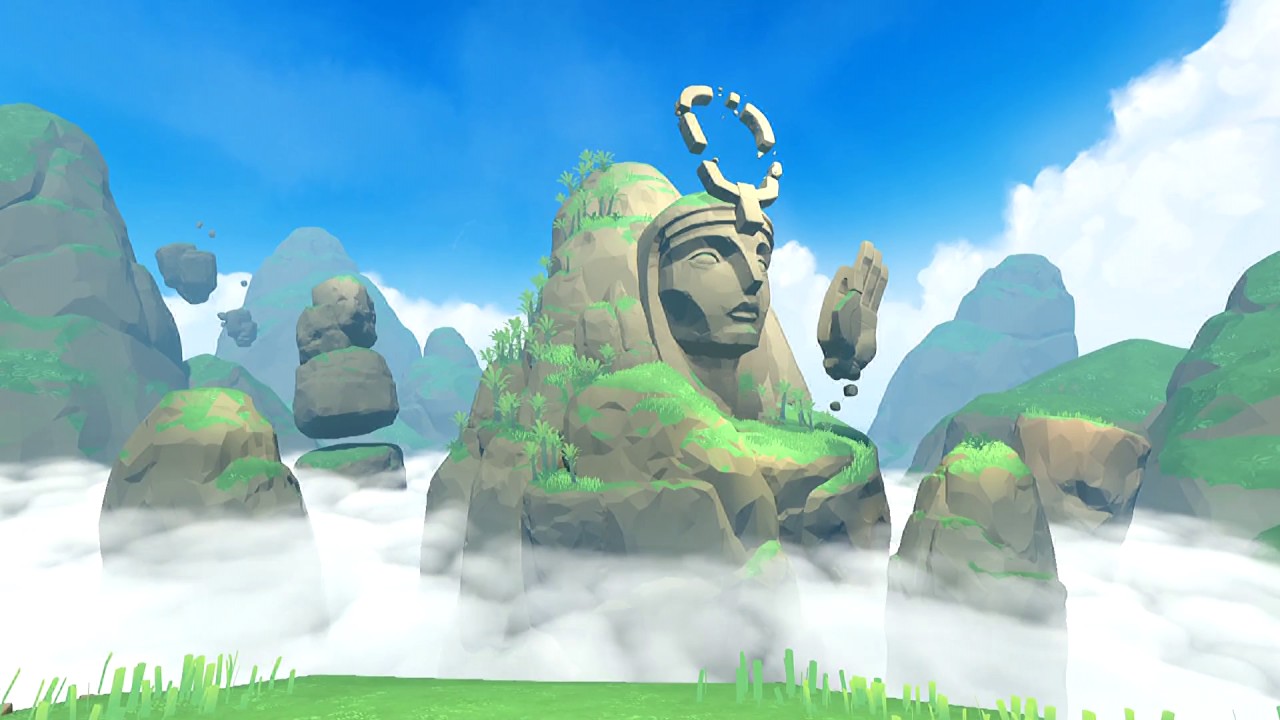 Announcing Cloudborn, a VR exploration game for the HTC VIVE and the Oculus Rift (PSVR TBA). Cloudborn is the first title release out of Logtown Studios and is scheduled to release early September of 2017.

Set in parts unknown, the player is challenged to explore a breathtaking journey through climbing and scaling the game world, while uncovering the fate of a lost civilization.

“With Cloudborn we’ve made something bright and colorful that’s mysterious and exciting to explore. Building a game around climbing rather than combat made a lot of sense. VR really allows us to experience some of that curiosity we had as children and that’s what we want players to experience with Cloudborn.”  Alberto Amigo – Game Designer

Cloudborn has been built from the ground up with accessibility in mind, providing a myriad of different comfort options and locomotion systems; from arm swinging movement to dash teleport and traditional FPS sliding. Cloudborn has been developed for use with tracked controllers, with options for playing in a standing, seated or room scale setup.