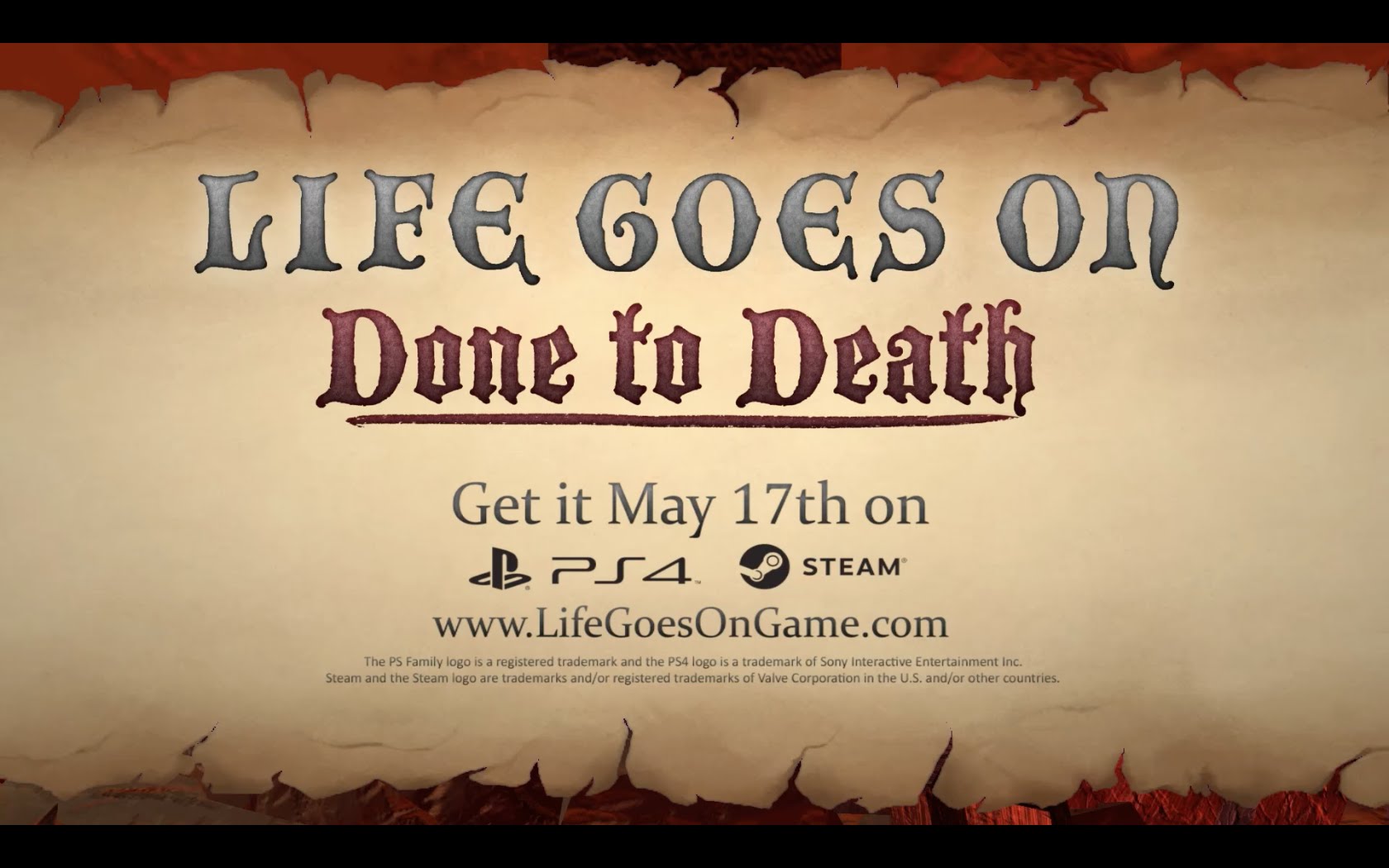 About Life Goes On: Done to Death
A mighty king, deciding that dying would be a drag, sends his army of knights to find the Cup of Life. You’ll guide the knights through more than 65 treacherous and trap-ridden levels, making many sacrifices along the way. Impale knights on spikes to create a safe path. Freeze them into blocks of ice to reach higher ground. Blast a knight out of a cannon to land the dead body on a button. Zombify a knight to create a dim-witted, violent companion to solve the next puzzle. Dying has never been so much fun!

The original Life Goes On game made its mark on Steam in 2014. Life Goes On: Done to Death is an expanded version packed with new features including an additional “sky” world called The Ruins, unlockable hats and weapons (think horse heads and spatulas), and other goodies like portals, zombies, and extra-challenging bonus levels.

On May 17, Life Goes On: Done to Death will debut for PS4, and the new content will be added to the Steam version as a free update.

About This Game
Life Goes On is a comically-morbid platformer where you guide heroic knights to their demise and use their dead bodies to solve puzzles. On your quest to find the Cup of Life, you will summon knight after knight to be brutally sacrificed. Impale knights on spikes to create a safe path. Catch a knight on a saw blade (ouch!) to strategically land the body on a button. Freeze your knights into blocks of ice to reach higher ground. As you journey through treacherous and trap-ridden worlds, you’ll show no mercy to solve each challenging puzzle.

In Life Goes On, death is not a setback. It is your only means to progress.
Key Features
◾Over 50 levels that challenge your puzzle-solving skills in morbid, yet fun, ways
◾Puzzles that can only be solved by figuring out how to kill knights
◾Secrets and achievements including Jeff, the fuzzy side-challenge lurking in every level
◾A new, unique name for each knight summoned
◾Three worlds full of spike pits, lava, cannons, ice, and more
◾Speed-run times and death minimums to beat
◾A fresh look at dying in video games