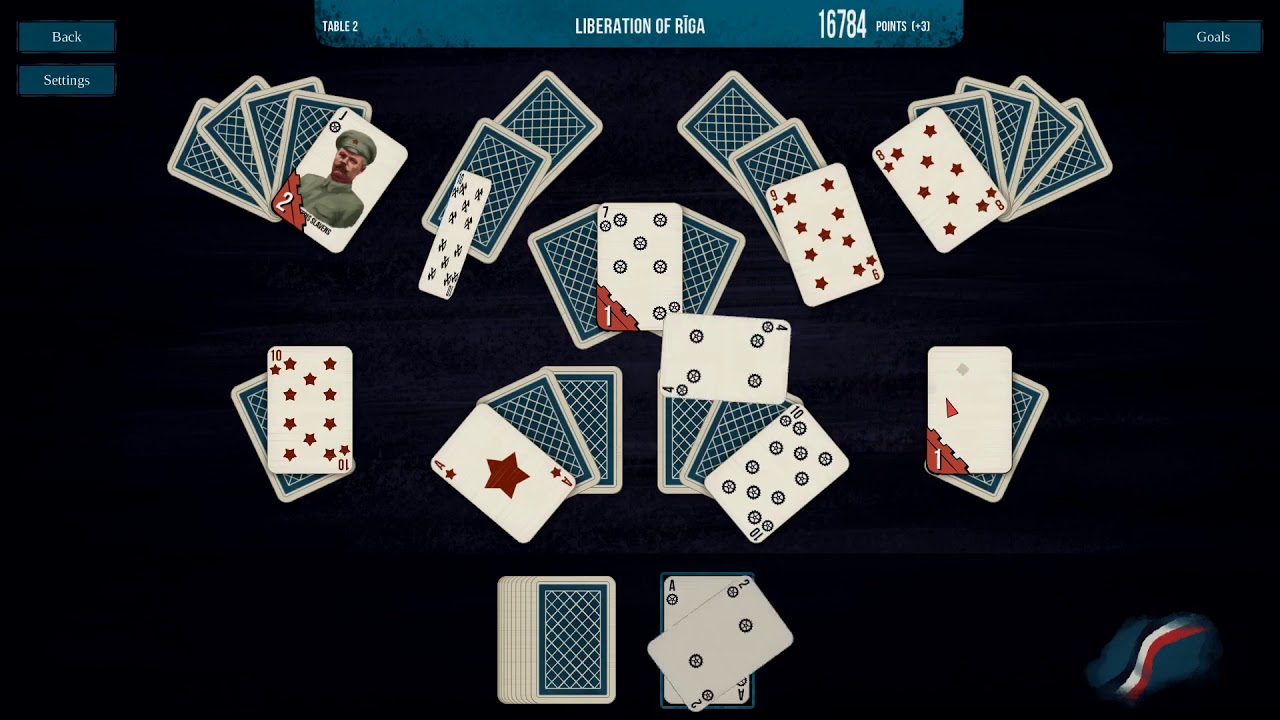 Latvian developer Māris Ozols released “Comrades and Barons: Solitaire of Bloody 1919” (CaBSoB19 for short). Relive events of the year 1919, when Red Army attempted an offensive towards Europe, fight through enemy cards in six historical scenarios spanning from December 1918 to January 1920.

In CaBSoB19 events of these history changing days are divided into six scenarios. The story of every scenario is depicted from a point of view of a different fighting force: starting with Red Army offensive at the end of the year 1918, ending with Latvian Army at the beginning of the year 1920. Every scenario is represented with a number of levels with up to ten solitaire tables. There are 200 total table configurations.

The game is a historical solitaire card game, similar to Gray Alien Games’s Regency Solitaire or Shadowhand. It is available in English, Russian and Latvian. While it is not the first game from Latvian developer on Steam, it will be the first Steam game that has a Latvian language translation.

Author: Māris Ozols is a single developer of “Comrades and Barons: Solitaire of Bloody 1919”. Everything in the game, excluding the music, is made by him. The game was developed during the year 2017. It is developer’s first game.

Comrades and Barons: Solitaire of Bloody 1919 is available on Steam (Windows PC)