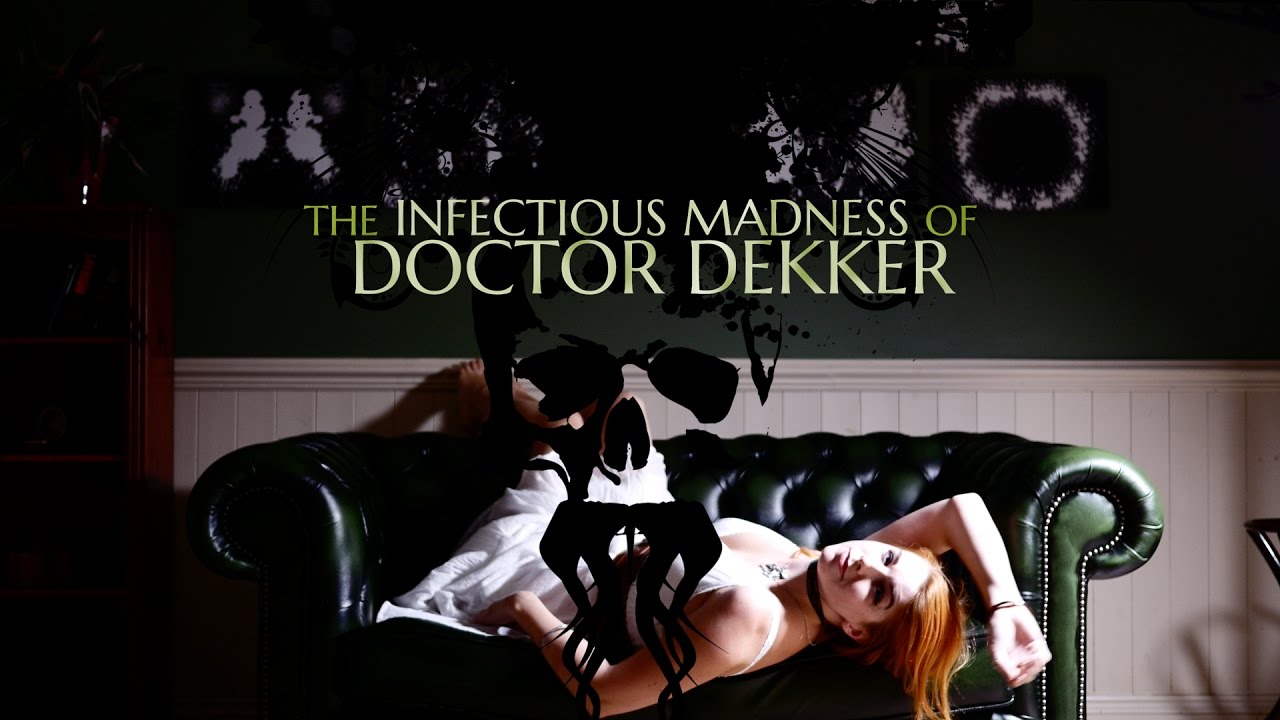 Following in the footsteps of recent FMV successes Her Story, Contradiction: Spot the Liar, and The Bunker, “TIMODD” is the first of its kind to allow players to type their own questions instead of choosing from a pre-determined list. The game has been in development for a year and is being launched following a successful week-long Steam Greenlight campaign and two closed beta tests.

The player takes on the role of a psychiatrist, tasked with treating the unusual patients of the recently deceased Doctor Dekker — one of whom murdered him. Patients will ask questions too, and player responses influence the nonlinear storyline which culminates in one of multiple endings. With six suspects and five optional side-quest patients including John Guilor (Ryan Rand from 2015’s Contradiction: Spot the Liar!)the game contains over 2000 full-screen HD videos, of which 1600+ are scripted responses, totalling almost 7 hours of film.

“The Infectious Madness of Doctor Dekker puts the psychology in psychological horror,” explains co-writer Lynda Cowles. “Each character has layers of twisted story to uncover and the player can choose to help them and steer them towards their happiest ending, or hurt them and lead them somewhere much darker.”

More About The Infectious Madness of Doctor Dekker

YOU are a psychiatrist, trying to solve a murder whilst treating the unusual patients of the recently deceased Doctor Dekker – but nothing is as it seems.

Type any question – and your patients will reply in full screen video.

They’ll have questions for you too but be careful what you say. Your words will determine their eventual fates, and your own!

◾MULTIPLE ENDINGS – Find out whodunit, and what happens to you and your patients…

FULL DETAILS
The Infectious Madness of Doctor Dekker is a Lovecraftian FMV murder mystery, which gives players full freedom to question suspects by typing their own questions instead of picking them from a predetermined list. There are no point and click puzzles to solve, just questions to ask and evidence to inspect.

Finding out who killed Dr Dekker is only one part of the puzzle; working out how to fix the chaos he left behind will be so much trickier… As well as providing clues to the murder, each patient has their own bizarre problem they need your help with – from time manipulation and re-animated loved ones to horrors under the sea.

Complete with an atmospheric soundtrack, The Infectious Madness of Doctor Dekker invites you to explore the shadow reality that your patients inhabit – a world full of paranormal strangeness and horrors that go bump in your head, where all you have to rely on is your own mind.

Just try not to lose it…