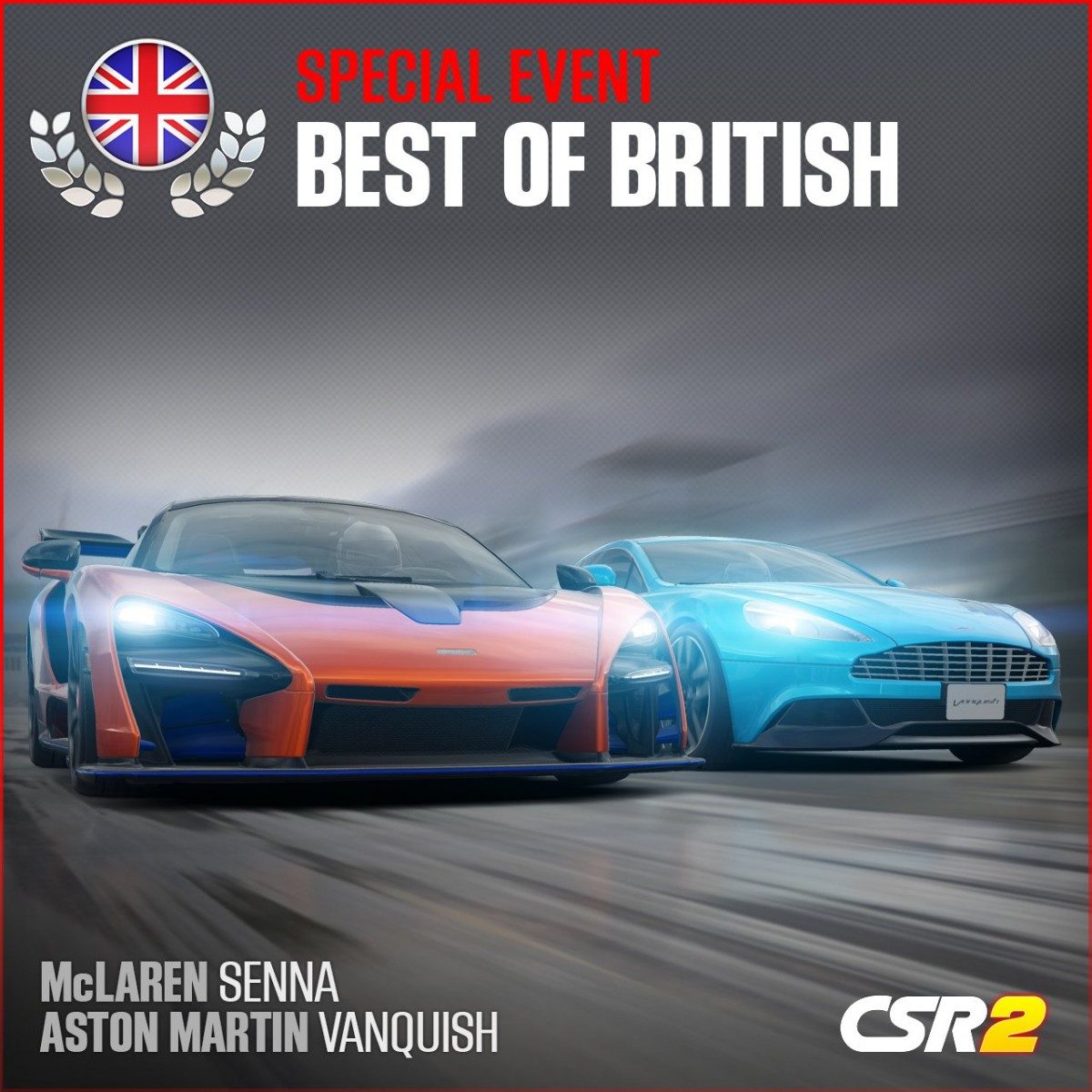 Zynga Inc. has launched a ‘Best of British’ event series in CSR Racing 2 (CSR2). ‘Best of British’ is a six-event collection series running through November 8 that features British hypercars such as the McLaren Senna, Noble M600 Carbon Sport, Ginetta Akula, Ultima RS and TVR Sagaris, among others. The event is comprised of a 50-race ladder on a brand new track, ending with a finale that unlocks the McLaren Speedtail exclusively in CSR2. Setting a new standard in visuals, CSR2 delivers hyper-real drag racing to the palms of players’ hands. Players compete live with other racers across the world with custom built supercars while teaming up to form crews, tune their rides and dominate the competition in global crew events.

CSR2 is available to download for free on the App Store and Google Play.