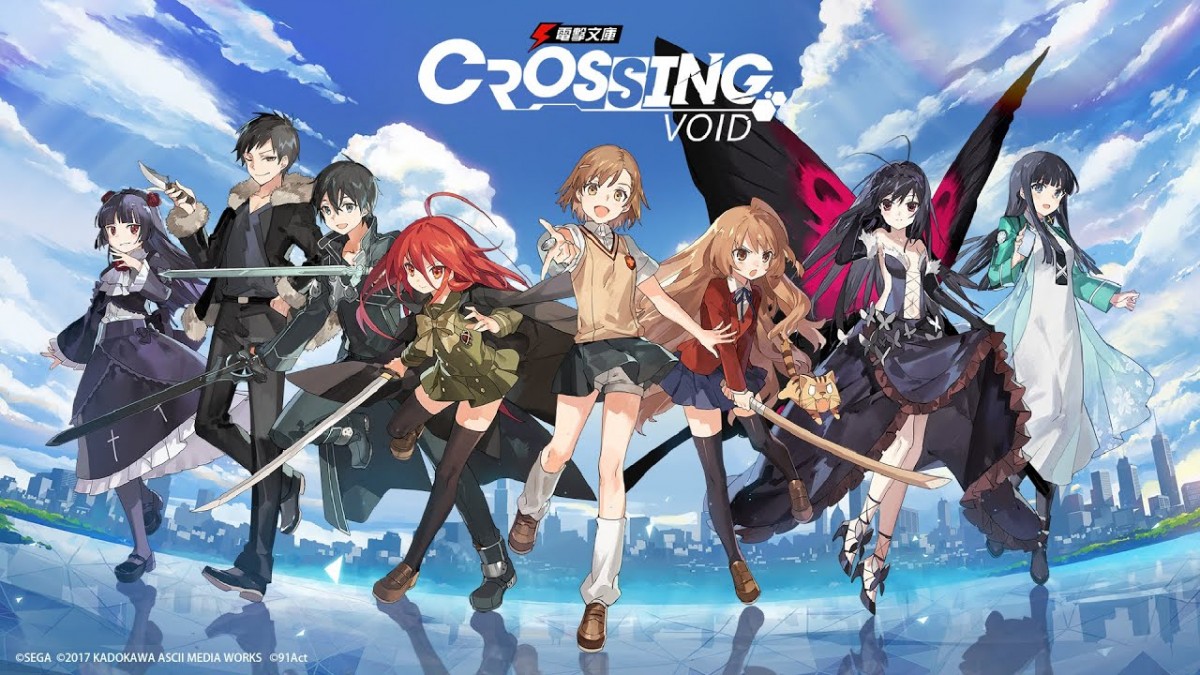 The all-star anime turn-based RPG mobile game Crossing Void is available in North America and Europe on Google Play and the App Store with the most updated and optimized Global version.

Responding to the earnest call of millions of non-Chinese-speaking fans of Crossing Void, the game developer and publisher 91Act announced to launch a premium English version (aka. Crossing Void – Global ) in the US, Canada, Australia, UK and 20 other countries worldwide.

When the anime worlds collide, new challenges and dangers arise! Brand-new storylines unfold here in Crossing Void – Global, where anime super stars from different worlds encounter and stand united to fight for their beloved ones!

The all-star cast, including Asuna, Kirito, Mikoto, Accelerator, Taiga, Holo and many others, are voiced by the original A-list Japanese voice cast to bring players the most authentic anime gaming experience.

You could also see your dream characters fighting with their unique skills in Crossing Void – Global, such as Kirito’s Starburst Stream and Mikoto’s Railgun. You can also explore the cross skills between two characters, even if they’re originally from different light novels!

(If you are a die-hard fan of the game’s licensed franchises, or you are just intrigued to try one of the best anime games in the market, don’t forget to get Crossing Void – Global for free now on the Google Play store and the iOS app store.)