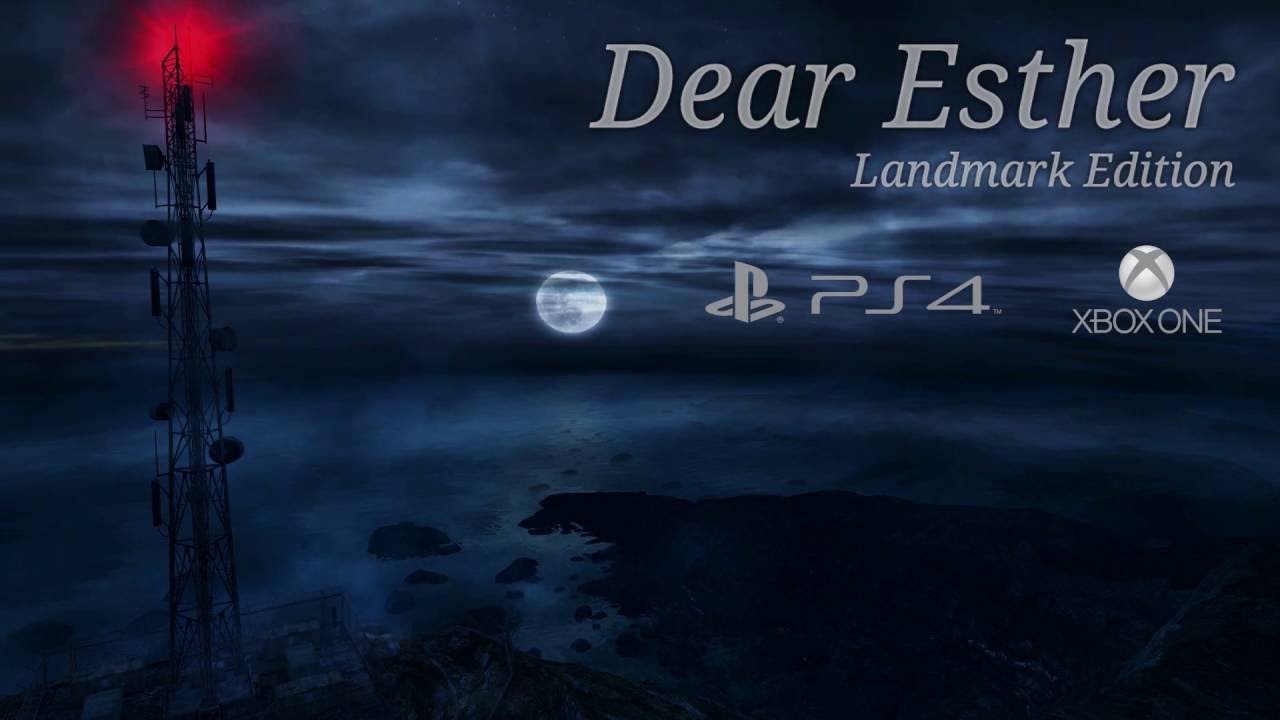 The Chinese Room’s breathtaking narrative adventure Dear Esther lands on consoles for the first time today, in the form of a stunning Landmark Edition.

Available now with a limited-time discount of 20 percent off the SRP of $9.99 / £7.99 / €9.99, Dear Esther: Landmark Edition gives PlayStation 4 and Xbox One owners the opportunity to experience the game which defined a genre.

Dear Esther is a narrative adventure that takes place on an uninhabited Hebridean island, upon which a lone man must piece together the chain of events which lead to his wife’s death. Widely acclaimed upon its original release on PC in 2012, it is a game unlike any other; a visual and aural experience which has rarely been bettered.

The Landmark Edition introduces a brand new commentary which reunited the original team of Jessica Curry, Rob Briscoe and Dan Pinchbeck for the first time in years, to play through and comment on the game, its legacy and offer unique insight into the creation of this incredible game.

In addition to the commentary – which can be enjoyed right from the start, if you prefer – the Landmark Edition also boasts some additional tweaks not seen in the current PC release, including additional accessibility options. In addition, the Landmark Edition introduces respectful trophies and achievements. The PlayStation 4 version is also bundled with a gorgeous dynamic theme.

“Dear Esther has been with us for eight years now, but our passion remains undiminished – and we are as excited about it now as we were the first time,” says Dan Pinchbeck, The Chinese Room. “This Landmark Edition is the culmination of the work of an extraordinary team of individuals and we’re excited to see how console players will respond.”

Dear Esther: Landmark Edition is available on PlayStation 4 and Xbox One today, priced $7.99 / £6.39 / €7.99 for a limited time.  The Landmark Edition additions and enhancements will be made available to existing PC owners as a free update at a later date.