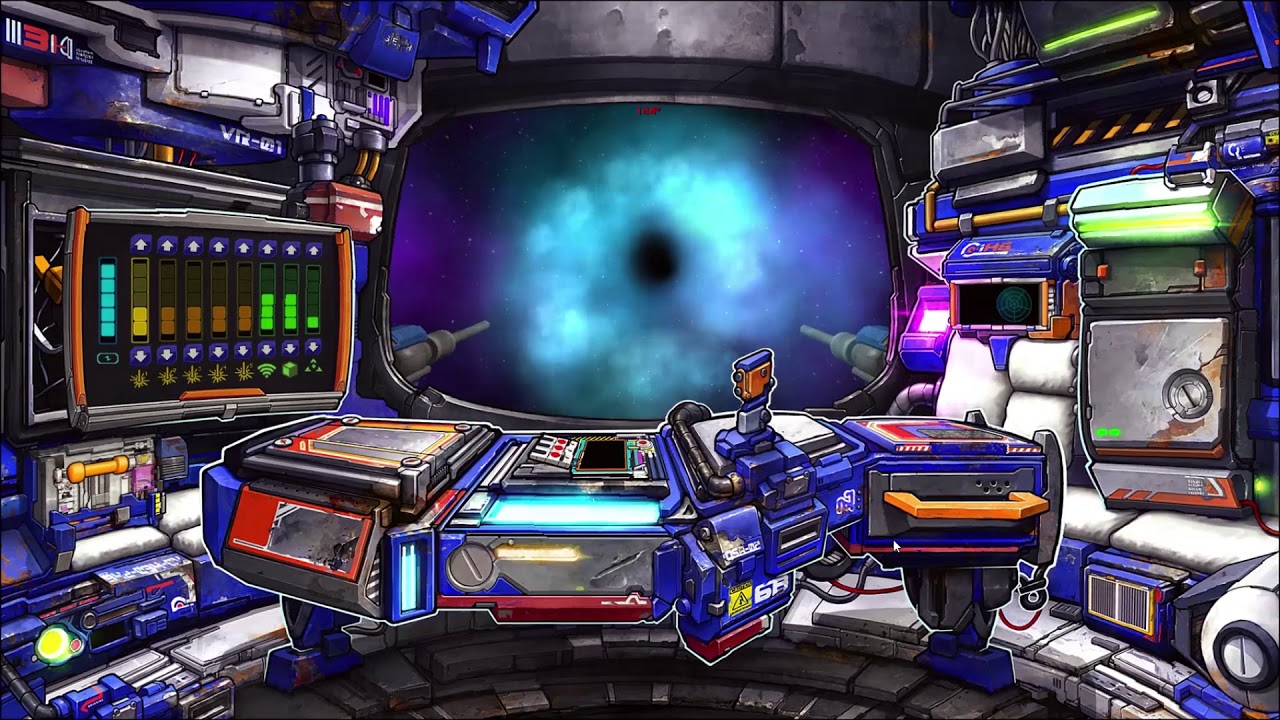 Deep Sixed, the latest title from Rogue State developer Little Red Dog Games, is on Steam. If you’re a Star Trek fan – spores and all – this game was made for you 🙂

Experience the life of a convict working off the remainder of your sentence aboard a spaceship in this engrossing story about engineering, artificial intelligence, and the endurance of the human spirit.

SURVIVOR’S GUILT
Astra Interstellar Solutions – a secretive corporation that holds a monopoly on the technology necessary to “fold” space – has shown an obsessive interest in a large uncharted nebula called MG251. To get the job done as quickly (and cheaply) as possible, the company has begun conscripting convicts and the rest of society’s “undesirables” into an involuntary employment program with a single goal: exploration.

That’s where you come in. Known solely as “the Pilot,” you’re provided with a small spacecraft equipped with a finicky deep space scanner and an intellectually shackled AI unit – and you must now take on all spacefaring roles … whether you like it or not. Without spoiling too much, let’s just say that both you and the AI must work together to exceed the company’s expectations. Your shared circumstances will evolve into a friendship that will be tested by something deep within the nebula…

All alone in space – and with a rapidly deteriorating spaceship to boot – your job is to explore as much as humanly possible. The journey ahead will be fraught with all sorts of hazards – and it’s up to you to keep the engines (and everything else!) running smoothly. Ship parts can malfunction at the worst possible times – and they’ll fail catastrophically when you least expect it. That’s when you’ll need to choose between conducting an extensive (but inconvenient) repair or go for the “MacGyver” approach so you can focus on the actual threat lurking just outside … and very much alive!

Sure – you can imagine that while probing a massive, ever-changing nebula, you’d discover more than space rocks and the odd celestial body. In fact, you’ll have to deal with a vast ecosystem filled with bizarre, wondrous alien creatures. Attack them head-on with lasers – or study their habits while trying to avoid their gaze. Unlock and equip upgrades along the way to raise the odds of survival – and remember: Perfect journeys are impossible … and you’ll probably die anyway.

KEY FEATURES
* Manage a ship without an “undo” button; if something breaks, it’ll stay broken until it’s fixed.
* Dive into a universe of procedurally-generated mysteries.
* Explore an ecosystem of intergalactic fauna – each with its own predator, prey, and scavenger species.
* Tackle a steep difficulty curve that will push your ability to stay cool under pressure.
* Partake in a compelling story of friendship and compassion – with plenty of surprises and heartwarming moments.