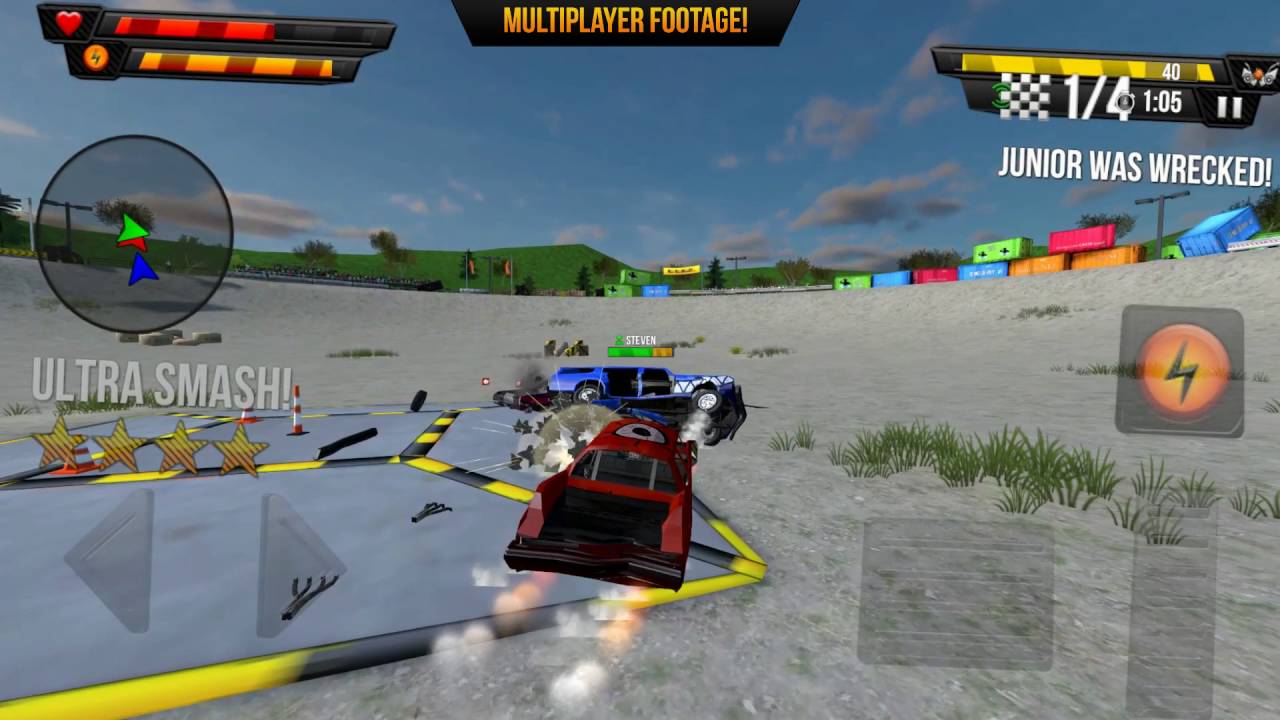 The development team has taken great effort in designing a handling model that works on touch devices and has implemented a very advanced deformation model, not yet seen on mobile. Wheels come off, engines explode, windshields crack and bodywork gets smashed to pieces as racers are crashing into each other. True to life physics and high speed action immerse players like never before.

In Demolition Derby Multiplayer players will enjoy the total carnage of the arena mode or will go head to head with other players in one of the many racing events. The game uses proprietary and Unity Multiplayer Technology to make seamless multiplayer matches on mobile a reality. Furthermore, the game has been optimised to work with most devices, including low-end spec, so anyone can join the battle.