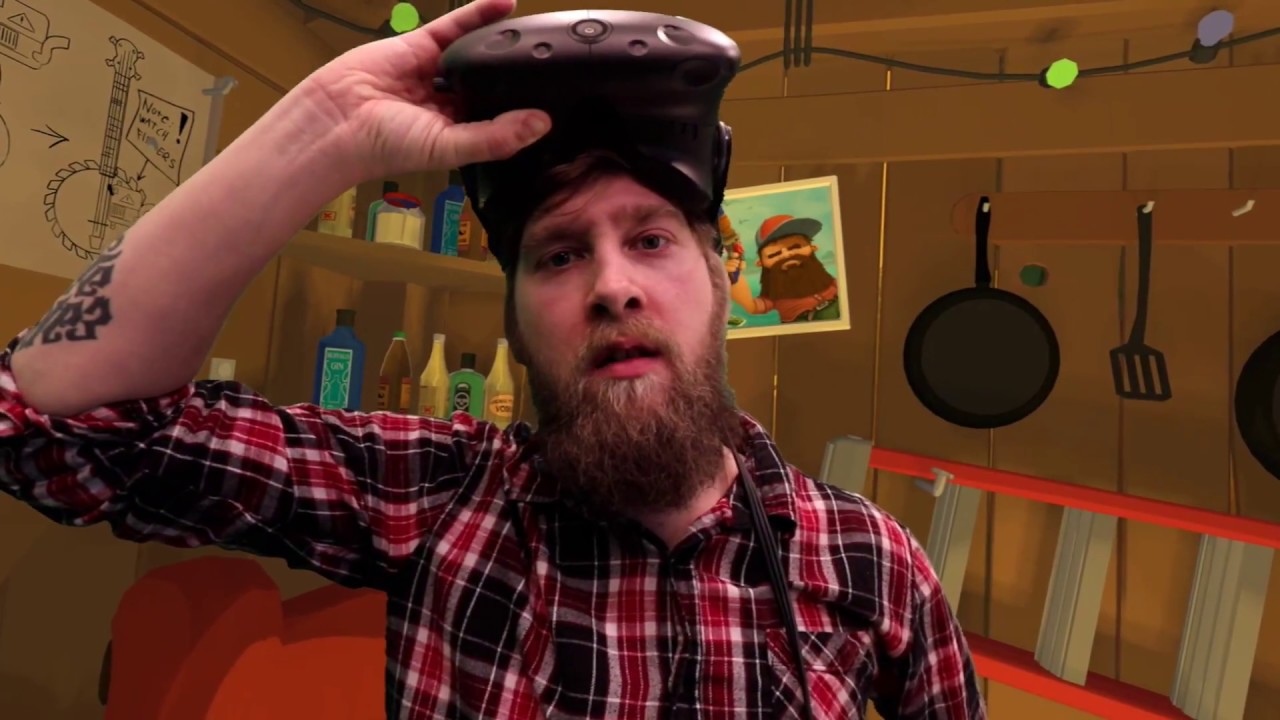 New London-based publisher, PlayStack, is pleased to announce the global release of their first VR game, Dick Wilde. Take to the swamps of Mississippi as Dick Wilde, the ultimate outdoorsman and “Exterminator Extraordinaire”, armed to the teeth with an arsenal of saw-blade rifles, nail guns and an electrified bow and arrow. Your job is to exterminate the infestation of ‘gators, crocs, piranhas and out-of-control birds before they exterminate you.

Dick Wilde is the latest madcap VR title from Danish development studio Bolverk Games, developers of ‘Kittypocalypse’. Set in the swamplands of Mississippi and the surrounding area, players can pit themselves against exterminators from all over the world with the online global leaderboard. Compete for the biggest killstreaks and top scores across three variable difficulty levels in each environment, the Swamp, the Lagoon and the North.

Not quite ready to show the world your extermination skills? Play with friends in a local Party Mode. Monitor your vitals and accuracy to perfect your technique and experiment with your arsenal of weapons. Each environment offers different deadly critters ranging from electric eels, piranhas and more, to Dick’s nemesis, a giant turtle. Pick the right weapons to become the most effective exterminator in town and avoid getting devoured by alligators.

Bo Bennekov, CEO at Bolverk Games said: “Each of our titles focuses on certain genres that really work for VR. We want our games to be immersive, replayable and just plain weird. Dick Wilde delivers exactly that. After six months in development who’d have thought we’d have a game where the aim is to make sure you’re not fish-bait and we’re able to get this to market!”

“Dick Wilde is a great example of what we are looking for in a game and studio partner,” said Harvey Elliott, Founder and CEO of PlayStack. “Bolverk Games is an amazing studio from a creative point of view, they’ve pinpointed a genre in VR that consumers can really get behind, they’re not afraid to push boundaries and they have a clear plan in terms of where they want to be in the future. Whilst we acknowledge that VR still has a way to go in terms of becoming a household gaming platform we know that there is still an opportunity for up and coming projects, and we’re keen to work with developers who want to be as involved in the long term as we do. We wanted our first VR game to stand out and Dick Wilde does exactly that.”

Dick Wilde is available to purchase today on Steam and the Oculus Store for $19.99/£17.99 and a 15% discount will be applied for one week only.

Dick Wilde will launch on PSVR and will be a launch title for the PSVR Aim Controller in May 2017.