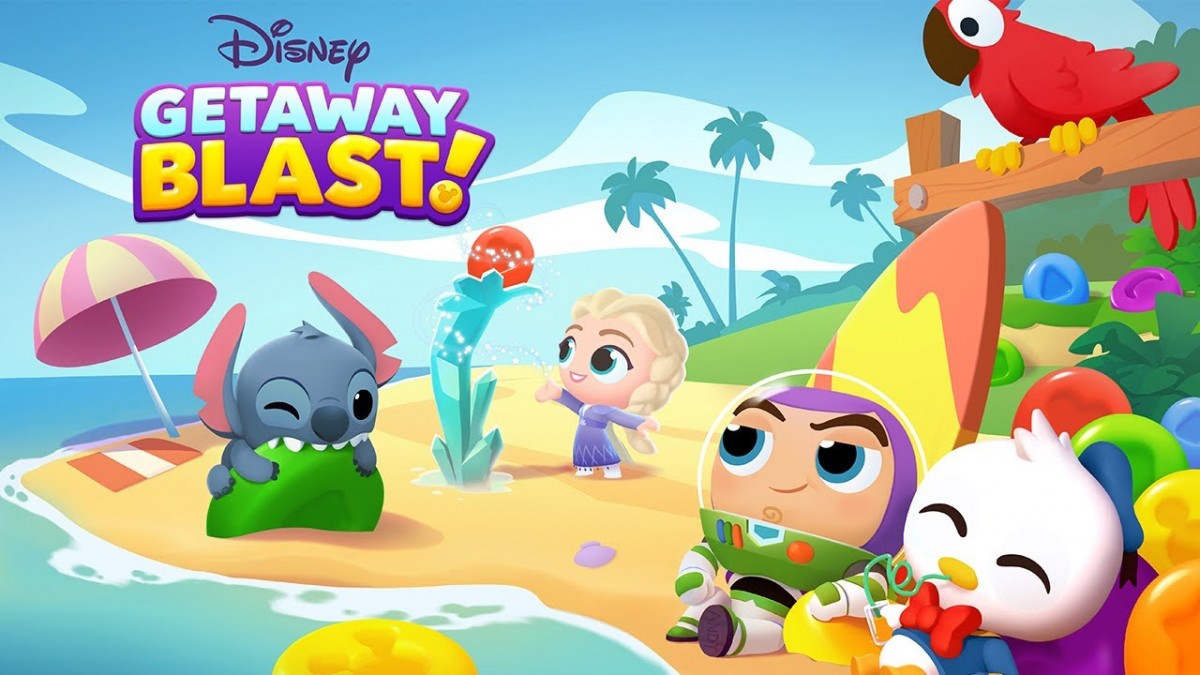 Gameloft, leader in the development and publishing of games, announced today that Disney Getaway Blast is now available on the App Store, Google Play, and Microsoft Store. The holiday never ends as Disney Getaway Blast takes players along with beloved Disney and Pixar characters to an enchanted island paradise, home to a wide variety of locales and challenges. Relax on tropical Lowkey Beach, climb to the Ski Lift at Snowpeak Pass or explore the Treasure Lagoon at Smuggler’s Dunes – and much, much more.

Players also restore island locations through hundreds of physics-based, bubble popping puzzles with the help of adorably designed Disney and Pixar pals. This quirky take on iconic Disney and Pixar characters adds to the playful, relaxed mood of the game.

In Disney Getaway Blast, players pop groupings of matched bubbles and use unique, vacation-tailored game mechanics to complete various objectives. They can collect over thirty characters such as Stitch, Belle, Mrs. Incredible, Minnie Mouse, Anna, Buzz Lightyear, Aladdin and many more, each providing special abilities like Elsa’s ice magic to recolor puzzle tiles or the Genie’s power-up generator skill to tackle the trickiest puzzles. In between rounds, players unwind by decorating their islands with themes inspired by unlocked Disney and Pixar characters, and can even pose the busy characters to snap photos for their vacation album collection.