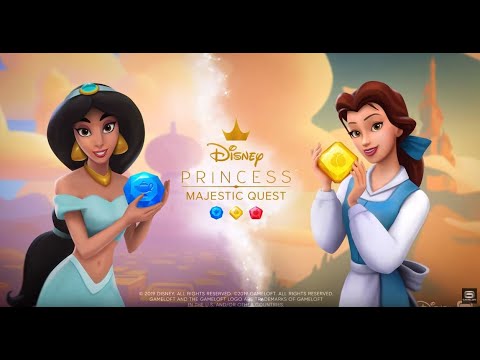 Gameloft, a leader in the mobile games industry, announced pre-registration is  available for Disney Princess Majestic Quest and Disney Getaway Blast. Puzzle lovers and Disney fans can now pre-register and learn all about these new mobile games featuring iconic Disney and Pixar characters and stories, as well as get a chance to win exclusive rewards.

Disney Princess Majestic Quest invites players on a Match-3 adventure alongside Jasmine, Belle, and other beloved characters as they take charge to rebuild their Kingdoms after a magical storm.

Players who pre-register here will receive game currency and boosters for a head start when the game launches worldwide.

Disney Getaway Blast will take players on an all-new puzzle escape to fantastic island destinations. The game introduces popular Disney and Pixar characters in a new, adorable style and lets fans build a collection of beloved characters as they pop through puzzles.

Players who pre-register here will receive an exclusive “Vacay Minnie” and other rewards in-game when the game launches worldwide.