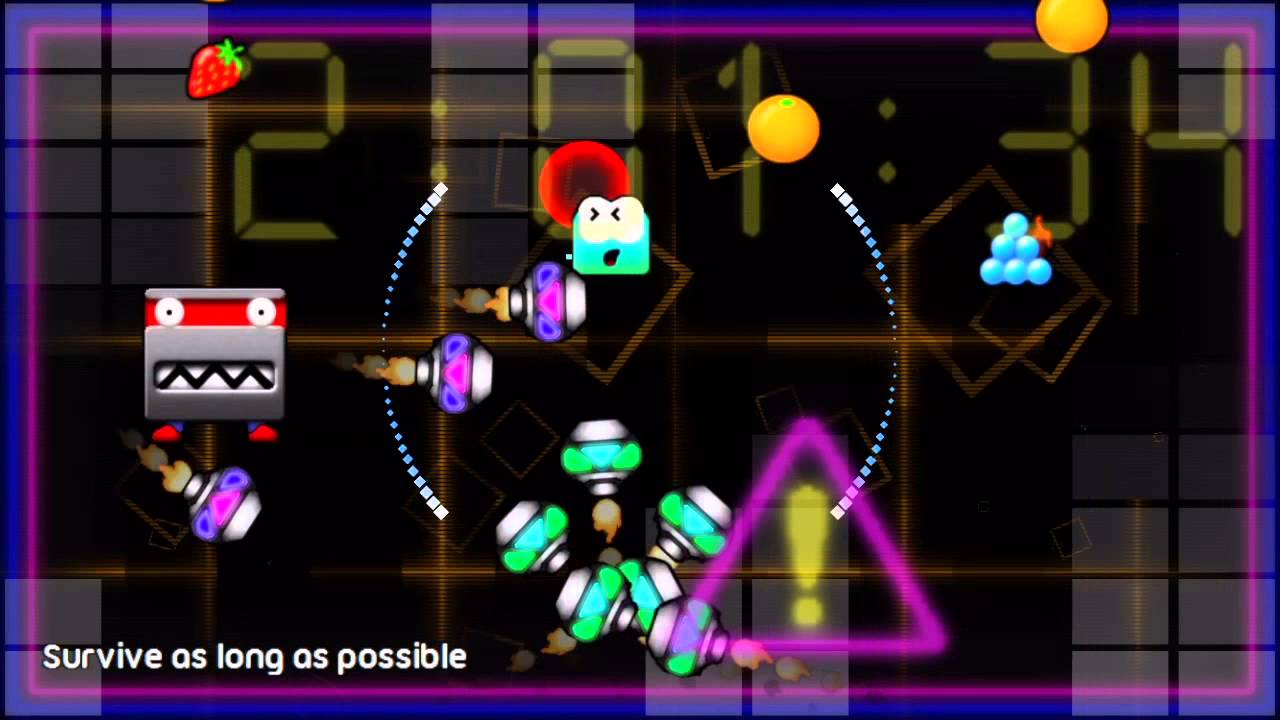 Deep in the electro-abyss lives a little robot who loves to eat exploding fruit. He also quite likes staying alive. That’s where you come in…

We’ve pumped up the visuals to silky smooth 60fps and full HD. We’ve tweaked the legendary soundtrack so it sounds super rad on a big screen.

We’ve massaged the controls to perfection, and we’ll be bathing your lap with neon glowy goodness emanating from the controller. Hot diggedy dog!

Plus all the hot game modes that made the PSVita version a player’s favourite:

The brutally addictive Arcade Mode brings arcade glory into your living room with a compulsive death drop into the fruity electro-abyss.

The intense Score Attack mode that gives you two and a half minutes to push the scoring mechanism to its limits, or to die loads and do real badly. It’s up to you!

The misleadingly named Chill Out mode which is far from relaxing at all.

Remix mode which gives you 50 missions of mixed up rules and gameplay variations.

Each game mode shares leaderboards with the PSVita version so if you don’t manage to get top score at home, you can keep your streak by playing on the go!

There’s loads of other surprises in store too so stick your headphones on, get your thumbs limbered up and prepare to go into a full on twitchy fruit-trance.