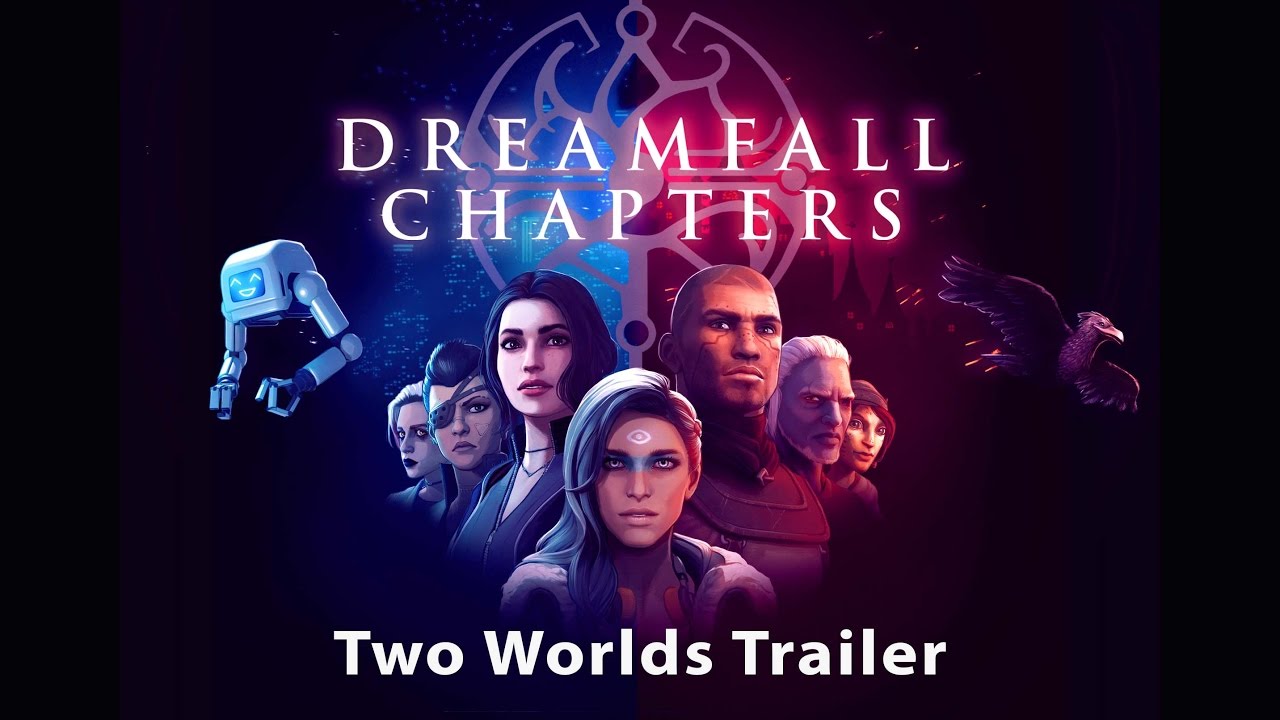 Following the two heroes, the video explores the fascinating and diverse worlds that form Dreamfall Chapters. Set out to restore the balance between the two worlds Zoë’s important role as a dreamer is revealed as well. Her ability enables her to transfer an image of herself into the magical world Arcadia – the home of Kian – which is quite the opposite of the futuristic cyberpunk world Stark in which she lives.

Dreamfall Chapters is a 3D Adventure set in parallel worlds: one a dark cyberpunk vision of our future, the other a magical fantasy realm. The game follows two unlikely heroes on their journeys across worlds to save the very fabric of reality from falling apart. Dreamfall Chapters is a mature, emotional, dark, magical and heart-breaking adventure that will take players by surprise.
Both console versions of Dreamfall Chapters come with numerous enhancements: reworked character models, improved animations, lightning, and special effects. Plus an expanded in-game soundtrack as well as improved sound-effects.

·        GRIPPING STORY: Experience a deep and emotional storyline with over 100 fully voiced characters in EN and DE and continue the epic saga of The Longest Journey

·        FAR-REACHING DECISIONS: Shape the story and the course of your journey through your choices and actions, and live with the surprising and sometimes devastating consequences

·        EXCITING EXPLORATION: Delve into over 50 beautifully crafted locations, exploring each of them using the direct control interface.

·        DIVERSE WORLDS: Explore beautiful, rich, detailed and original worlds that combine a stunning cyberpunk vision of our future with magical fantasy, along with a broken and decaying dreamscape

·        THREE PLAYABLE CHARACTERS: Play as three different characters, all on journeys across worlds, through life, and into their own hearts and souls.

·        CHALLENGING PUZZLES & RIDDLES: Solve the completely plot-driven puzzles and riddles which are an integral part of the game’s narrative.

·        ENHANCED ON CONSOLES: Enjoy the definitive experience of Dreamfall Chapters on PlayStation®4 and Xbox One with reworked character models, improved animations, lightning, and special effects plus an expanded in-game soundtrack as well as improved sound-effects.